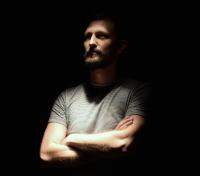 János Áfra is a Hungarian poet. He was born in Hajdúböszörmény (1987), he currently lives in Debrecen. He studied visual arts, literature and philosophy at the University of Debrecen, where he is an instructor at present. He has published three books of poetry: Glaukóma (Glaucoma) in 2012; Két akarat (Two Wills) in 2015; Rítus (Ritual) in 2017. Áfra was awarded two Hungarian debut prizes and other prizes. He wrote one theater play which premiered in 2014. He is the editor-in-chief of KULTer.hu and editor of Alföld literary magazine. He writes essays and art criticism.

Open your window,
throw your ennui out,
which consumes itself
through the depths of your house