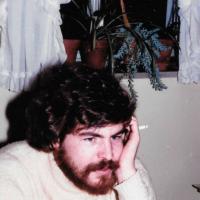 Robert Eggleton has served as a children's advocate in an impoverished state for over forty years. Locally, he is best known for his nonfiction about children’s programs and issues, much of which was published by the West Virginia Supreme Court where he worked from 1982 through 1997. Today, he is a retired children's psychotherapist from the mental health center in Charleston, West Virginia, where he specialized in helping victims cope with and overcome maltreatment and other mental health concerns. Rarity from the Hollow is his debut novel. Its release followed publication of three short Lacy Dawn Adventures in magazines. Robert recommends the Children’s Home Society of West Virginia.

He detailed the frame’s ornamental grooves and the corners of the glass with the rag and his talons. Afterward, Lacy Dawn looked as good as new.  Skinner re-hung the picture.  For an hour, he watched her and she watched him from different angles as the planet’s suns set.