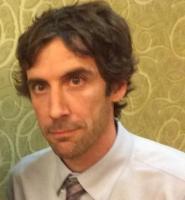 In addition to journal and ephemera pieces, Jared Schickling is the author of several BlazeVOX books, including the trilogy The Pink + ATBOALGFPOPASASBIFL + Two Books on the Gas: Above the Shale and Achieved by Kissing (2013-15) and Province of Numb Errs (2016), as well as The Paranoid Reader: Essays, 2006-2012 (Furniture Press, 2014), the chapbook Prospectus for a Stage (LRL Textile Series, 2014) and two Trump Locofo chaps (2017).  Forthcoming projects with BlazeVOX include The Mercury Poem and an edited volume, A Lyrebird: The Selected Poems of Michael Farrell.  He edits Delete Press and The Mute Canary, publishers of poetry.