KJ Hannah Greenberg has been playing with words for an awfully long time. Initially a rhetoric professor and a National Endowment for the Humanities Scholar, she shed her academic laurels to romp around with a prickle of imaginary hedgehogs.

Meanwhile, we remember Mommy,
Too. We won’t disregard her tears,
Or fail to recall the owl potholders
She so carefully crafted the nights
Our baby slept intermittent hours.

No great oak when shedding leaves, I’m losing petals quickly.
Not mites, not snails, nor even fungi; spots have grown where
Xylem stream, where tracheids work, where life’s excitement
Surges. 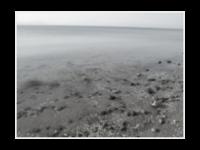