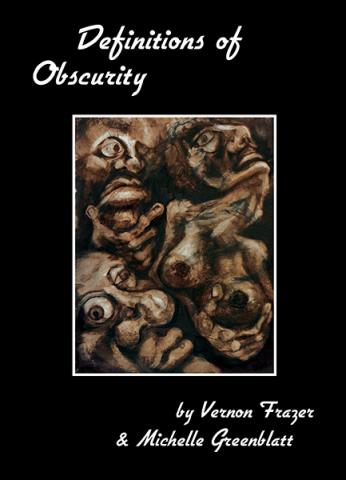 Unlikely Books is proud, and more than a little heartbroken, to present Definitions of Obscurity, the new book by Vernon Frazer and the late Michelle Greenblatt.

Definitions of Obscurity is an expansion of Vernon and Michelle's 2011 e-book, Dark Hope, available from The Argotist Online. Vernon and Michelle worked together with cover artist Cecilia Ferraria to create this new edition. Vernon explains their process, and reads two poems from the collection, in this video: 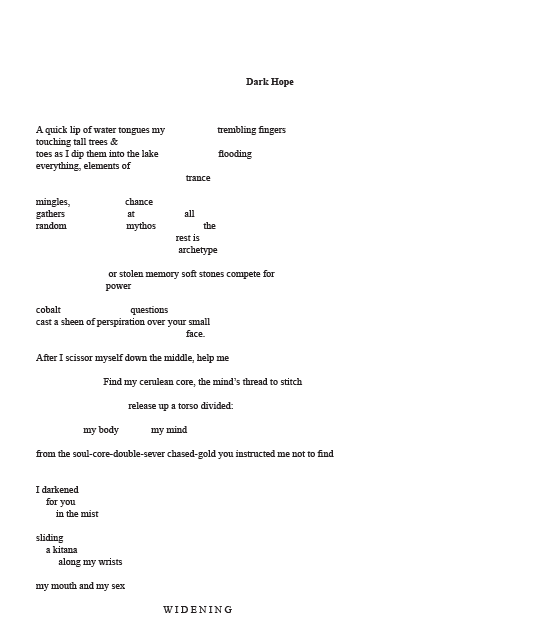 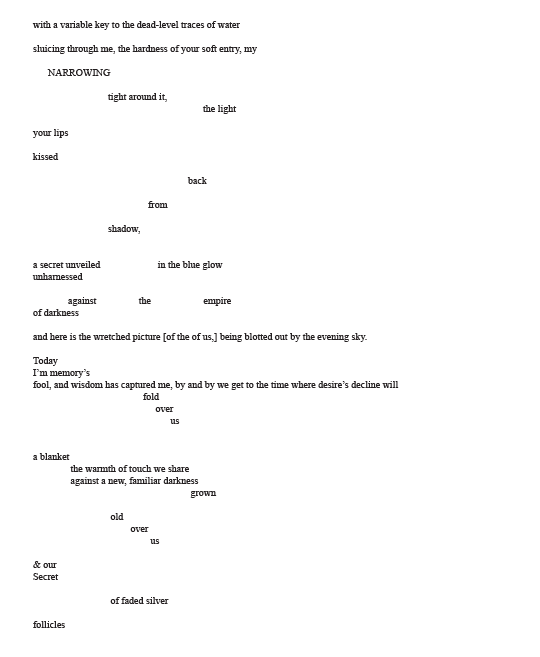 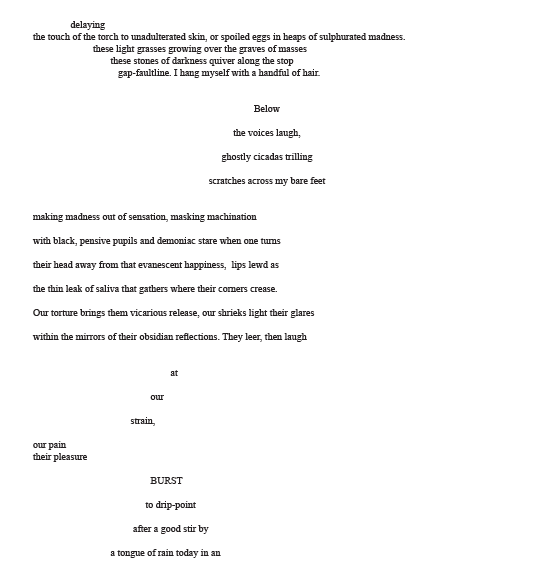 Vernon Frazer describes their process in his Introduction:

The work that became Definitions of Obscurity began with a fan letter from Michelle Greenblatt early in December 2005 that led to the most gratifying literary collaboration of my life. Within a month of very personal email exchanges came her request to do a "small collaboration." By mid-January we were emailing passages of our first poem together.

We never established a formal working method, such as trading one line or stanza at a time. Michelle sent me as many lines as she felt comfortable writing. In turn, I sent back as many lines as I felt I needed to move the poem forward. Our styles, while different, proved surprisingly compatible, partly because of our shared literary interests and partly because each of us understood that our biochemical conditions created similar problems for us socially and physically. While she coped with a body that wrestled against a bipolar condition and fibromyalgia, I lived as a two-time Cancer survivor who learned during his mid-life crisis that he had lived with undiagnosed Tourette Syndrome since age six.

Our medical conditions prepared us for working in the dark areas of the human spirit. Michelle's emotional demons lived vividly within her. Whenever her inner Lautremont appeared on the page, my own verbal night shaped complementary shadows. We shared a rapport that ran the emotional continuum from demonic darkness to ecstatic light, linked through our shared love of language.

Michelle enjoyed exploring the possibilities of language as well as the extremities of personal experience. Although she could write with the brashness of a female Bukowski, she could explore the limits of language with equal bravura. By the time we collaborated, my own work had evolved from its origins in Beat literature and Olson's projective verse—with my own dash of Bukowski—into a realm of abstraction analogous to improvising free jazz with words and space.

Throughout our year of exchanges, we found ourselves uncommonly attuned to each other's phrasing and rhythm. Although we wrote and used space differently in our own work, together we synthesized our separate and unique voices into work with a distinctive voice of its own. If one of us moved in an unexpected direction, the other would enhance the context.

The collaborations lasted roughly a year, then ended when Michelle's health problems prevented her from writing consistently enough to maintain a poem's momentum. While she stepped back from the active literary scene, I placed the poems we wrote in a number of magazines, then approached Jeffrey Side with the chapbook Dark Hope.

When Dark Hope appeared as an Argotist ebook, the rapport Michelle and I shared astounded me as I reread the work. Her lines and mine intertwined as one. Although I can identify several passages as distinctly hers or mine, most emerged from our creation of a voice that synthesized or styles without sacrificing them.

Unfortunately, while I was preparing Dark Hope for publication, an undiagnosed parathyroid condition impaired my ability to work at my customary level of competence. After surgery relieved my fatigue and my inability to think clearly, I realized I had failed to include about two-fifths of the poems we had written together. When the opportunity arose to reprint Dark Hope, I added the omitted poems to Definitions of Obscurity. Like Michelle, I love the printed word and seeing our work in print together gives me a special pleasure.