The events of 2017 Veterans Day are accurately depicted to the best of the knowledge of the writer. Only the name of the school and people have been changed.

The Veterans Day celebration at “P. Middle School”, organized by a committee from the teaching staff, was indicative of the delusional representation of the broken American Experiment. The school’s celebration perpetuated the myth that our military service is in the business of protecting our freedom from terrorism and fascists. World War II was the last time our military truly fought to protect our freedoms. Anything after that was about a much more complicated incestuous relationship between the military industrial complex and the plutocracy controlling our country. In the end, any war after World War II was about building the American Empire which equates to power and money for the plutocracy controlling the United States.

Now as far as the pledge: "I pledge allegiance to the flag of the United States of America, and to the republic for which it stands, one nation under God, indivisible, with liberty and justice for all."  First, the supposed republic for which the flag stands is controlled by corporations and oligarchs, the plutocracy, Secondly, “under God?” What if you’re agnostic or atheist? Well, that doesn’t make sense either. Lastly, “liberty and justice for all” is a flat out lie unless you have the means, the money to purchase liberty and justice. If you’re disenfranchised and poor (even worse if you’re not white), and you find yourself in the justice system because you’ve made a mistake or possibly wrongly accused, you will be marginalized, you’ll likely be fucked.

To recognize service, the P. Middle School came up with the idea that the teachers would serve breakfast to the entire student body, some 400 students, in the gym. I’m not quite sure how serving breakfast equates to military service, or really any service at all, but it seemed to make sense to the school’s administration.  Like a waiter, along with other teaching staff, I made multiple trips with trays filled with eggs and sausage. After breakfast the students filed out to go to class before the Veteran’s Day assembly began.

In the auditorium the assembly featured a veteran, a woman who served in Iraq.  Her rank was sergeant, and she was a truck driver in a unit which transported equipment and supplies. Initially, she spoke about the heat, the sand storms, their living conditions, and the cute shoeless Iraqi children always glad to see the American soldier. “We tossed candy from our trucks, as we drove by. It was like a parade,” she said. As she spoke, a large screen on the stage displayed slides of herself then (fit and battle ready), her unit, the trucks, the Iraqi children, and other “G” rated photos.

Then she described the perils of driving in the mile-long convoys across the desert. The enemy would attack the end of the convoy where the trucks were most vulnerable. The IEDs (improvised explosive devices), were usually roadside bombs. On one convoy her truck was hit. She took shrapnel along one side of her body. She didn’t go into detail about her injuries, but she said with a full throat and eyes tearing, “I healed, but my partner wasn’t so lucky.” She paused for a moment then apologized for crying. I was standing in the upper balcony with other eighth grade teachers and the entire eighth grade class. The science teacher and math teacher looked at each other, and one of them said, “That’s so sad.” “It makes me want to cry,” the other said. One was a woman in her thirties, the other was about fifty. I agree, it was sad that the Sergeant’s fellow soldier and friend died in battle. It was egregious that we were even in Iraq.

The Sargent concluded with the request we all have heard before, especially on Veteran’s Day. “If you know, meet, or talk to a vet, please thank them for their service and sacrifice. They are protecting our freedom while we are at home safe.”

The myth, “We have to fight them over there, so we don’t have to fight them here,” is the narrative the plutocracy wants everyone to believe. It’s perpetuated by right-wing media, predominantly Fox News, the most viewed TV station in the United States. It would be laughably ironic, if the consequences weren’t so dire, that the TV station most people tune to for information is likely the most unreliable source of information in the world, and not only that, but Fox News is the most outrageous purveyor of propaganda and lies. The last time we had to fight then “over there” because we didn’t want to fight them here was, once again, WWII. Hitler’s Germany was cutting a swathe of destruction and occupation across Europe. It’s debatable whether Hitler would have attempted to invade North America once he had dominated Europe, but his miscalculated attack on his own ally, Russia, is a good argument that he might have. And of course, Japan had attacked Hawaii which finally brought us into the war.

When I talk to a vet, I don’t thank them for their service, but I am very sympathetic. The life changing horrors they are forced to experience because of the sociopathic greed of the plutocracy are unconscionable. The vet’s service wasn’t about me, and probably not about you, unless you are a member of the plutocracy profiting financially from the bloody investment in a foreign land.

The Sargent received a standing ovation from most of the student body and teachers, except for a handful of students whom weren’t sitting in protest, but they didn’t give a shit about anything. I was already standing, and I politely applauded.

The socially awkward guidance counselor, Mr. G said a few words to end the assembly. First, I don’t know why the guy became a counselor, except maybe his “awkwardness” connects with the adolescent boys he counsels. Well, in his awkward and vulnerable way, which made it no less shitty, he reiterated the narrative about thanking a vet, because they kept us safe and protected our freedom. I liked the guy, and he probably believed what he was saying, but unbeknownst to him, he was perpetuating the lie established by the plutocracy. It is evidence of how the lie has infected every cell of American society.

This was my second year in education, and I now realized how uneducated and uninformed the educators were about the plutocracy. This is the same plutocracy responsible for Governor Scott Walker’s Act 10 which attacked and stripped down the rights and benefits of teachers and other public-sector workers, firefighters and police excluded. Along with teachers and public-sector workers from around the state, teachers from the middle school flocked to the Capitol in Madison to protest. I was with them doing laps around the Capitol for hours. I wasn’t in the private sector at the time, but I had a very good friend who was a teacher, and I wanted to support her, support the educational system.

Before I became a teacher, I had put teachers on a pedestal. If anyone would be intelligent enough to see the system for what it was, it had to be teachers. This was delusional. Until those whom educate our children begin to see the connections to, and the pervasiveness of, the plutocracy, how do we expect the average Joe or Jane to get it?

It would be a giant step forward if next year the Veteran’s Day Committee contacted the organization, Veterans for Peace. Their mission: (as noted on their website www.VeteransForPeace.org) “to increase public awareness of the causes and costs of war; to restrain our governments from intervening, overtly and covertly, in the internal affairs of other nations; to end the arms race and to reduce and eventually eliminate nuclear weapons; to seek justice for veterans and victims of war; and to abolish war as an instrument of national policy.”  Wouldn’t it be better to hear a veteran instill the virtues of peace rather than covertly glorify war and perpetuate the plutocratic American empire through the guise of keeping us free on Veterans Day? 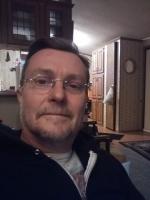 Mike Sharlow’s short stories have appeared in many anthologies and magazines, most recently "The Moonshot" in Down in the Dirt Magazine and The Get Back in The Wagon Magazine.  His novel, Welcome to the Rank of the Enchanted is included in the William Charvat Special American Fiction Collections at the Ohio State University Library. He lives in Wisconsin.