by Cecelia Chapman and Jeff Crouch

Sent is an experimental mail art project. The postcard messages are a secret story without beginning or end. Is a card lost in the mail? Who is writing to whom? What are the motives of writer and recipient? The writing on the back of the cards suggest a narrative different from the usual holiday tourist seeking memories to consume later. Influenced by Derrida’s Postcard, the cards are a secret that serves a purpose we can never know. Check out "Club Paradise," featuring "Sent" and other themes, at http://www.ceceliachapman.com/club-paradise. 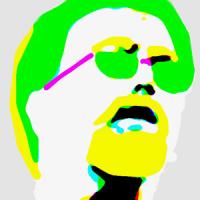 Jeff Crouch is an internet artist in Texas. His main blog is Nothing and Insight:  https://nothingandinsight.blogspot.com/