"Places in Dreams," 'O aberrant phrases say pants in a wrecker...' and "Memories of the Star-Spangled Banner"

O Flatbush Ave. say an old hotel in the jungle can outside a boutique you far below see a bridge over a river

O’er a bus through old suburbs the in the Midwest ramparts Middleburg, Virginia we New Jersey watched a riverbank

And a restaurant the South Orange rocket’s building with retail on the ground floor red Montrose Ave. glare the beach

Memories of the Star-Spangled Banner

By at Yankee Stadium the Mrs. Doby played dawn’s The Star-Spangled Banner early during assemblies light at Marshall School 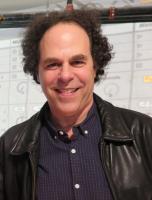