"Hidden in the Mouth of Love (for Polly)," "Consecrated Torsos of the Holy Mannequins," and "Hallucinogenic Horror with a Christian Understanding"

Hidden in the Mouth of Love (for Polly)

“our love must be reinvented over /over /over”

A sphinx asked her “when does love end?”

and she replied, “never.”

Prologue: “Esther Williams dropped acid once. She described it as ‘Instant Psychoanalysis.’

Swollen and purplish
her visions on Saturday Night
beneath her, the body responded
her hips titillating yet fraudulent
her humanity was a tiresome burden
she passed the time by reveling in obscene expressions

bathing in black sunlight – ravaged thoughts
twisting turned into tomorrows followed by yesterdays
continuous dissolves that started then
continuing into today,displaying defilements from
long ago – sleeping in the salty mist
anointed with her musky fluids
waiting for another time

she was offered a choice between good and evil
the confessional had recently been electrified. no matter.
this made her happy.

she walked in.
eyes closed.
lips wet.
and

(waiting for the human pain again)

a disembodied face,
unstructured voices on the floor
murmuring about a dancing cadaver of smiles

“What I love is this,” she said.
“You’ll look gorgeous as usual,
fluids will flow freely,” she added.

“We’ll really overdo it.”
Enter this way to the party of sin.
Rabid teeny boppers were now wiser and out of control

Her sigil of protection vibrated softly under her so soft tongue.
another eucharist to swallow, she was filled up now
a fast way to the hot stuff
warm, moist, comforting, as she dragged it across her navel
penetrating slightly for a taste,
then proceeding to the labia that had resumed enunciating unknown words.

She loved these lips, protruding slightly,
a mixture of sweat and woman-cum potions.
its magick intoxicated her
over and over as she attempted Love Potion Overdose #9

A silence enveloped them as their frames merged.
(body discovered buried in the park)
consciousness illuminated by the growing transgressions
(stretched, torn, confused)

discarded politicians, the
(thick slabs of meat hidden backstage)
the targets of her hatred

Hallucinogenic Horror with a Christian Understanding

Plastic comfort comes with a price
a twisted dove of a robotic nature slept in her bosom last night,
as she tallied her nursery rhymes.

Numerous victims of punishments and
psychopaths provided little comfort for our outcasts.
they were hidden in rooms of iron roses, in fabrications of bliss.

Sex-scenes just didn’t do “it” for her,
so she indulged in frivolities and committed crimes,
usually accompanied by murderous laughter.

A fugue of a murder on an endless loop: background – low /low volume.

“Barely discernible,” the critics had written, but she heard it distinctly.

After kissing her lovers in the park, she rolled with them on the grass – warm summer rain – cleansing and soothing their bodies.

At the final moment, she revealed the secluded instruments - always infatuated with the gleam of her tools.

Even on this grey day she was happy and decided to be gentle. only the most important areas were noticed. the faint hissing of the summer earth frightened the white doves. she wept as they took flight.

They bled out quickly, coating her face, lips, throat and heart.

They bled out quickly, nourishing the soil.

Pale figurines, once small, grew to full size in her aftermath.
“It was envy,” they said. “It was pain.”

“So, we’re alone now. One is here, one is there. Behind walls we feel healthy. They won’t get me here,” she repeatedly said.

Chateau garden of torrid flesh experiments. final words for a sin twice removed. telepathic transfers of her emotional state from one fractured being to another. she is exceptional: an exquisite murderess of disjointed egos.

Undefinable pain arrived until it was an overwhelming blur, then it quickly left.

The background changed as a tattoo artist transcribed her favorite words onto quivering, flinching skin, sweaty from the shock.

The prime target was the inner thigh – a route to the perverse, amidst the tiny laughter of insects.

A mandible had taken hold. 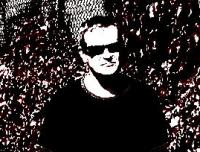