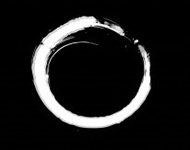 Woody came inside from the garage with the jar and placed it on the mantle. He gazed at Manny as the phone rang. He could see from the caller ID that it was Delores and picked up without saying a word.

After a few moments of silence she whispered, “I know you’re there, speak to me, I’ve got to hear your voice.”

“It doesn't matter what Manny looks like. He's still our baby.”

“Well, I got the neighbor kid to put the arm back on, but just barely.” Woody tried to provide an honest assessment. “Let’s just say that Manny’s seen better days. I don’t think he should attend another rally.”

“Oh poor Woody, don’t worry, that’s not what I’m calling about. I need to tell you I can’t go to church with you anymore.”

“What?” Woody sat up straight.

“Well at least not at St. Francis. I think I’m going to change denominations,” Delores explained. “Met this woman from Bethany Baptist. You’d recognize her. Always at Faith Friday. She saw me crying after Baby Manny spilled out all over the sidewalk. Offered to help with my healing.”

“Father Frank can always provide his blessings. Why do you need those Baptists?”

“She told me if I give myself up to the Lord I can be born again and become a virgin.”

“Honey,” Woody sighed as he felt a headache coming on. “I can’t live without you.”

“It’s not like that Woodrow,” she always used his full name as a sign of affection. “You can go over to Bethany with me. Change might do us good.”

“Don't worry. If the Baptists can make me a virgin again, then we can get married soon and provide Manny with a proper home. No more traveling around in the trunk. We'll get him a booster seat. Just pick me up next Sunday morning like usual but this time we'll head over to Bethany.”

“What about Father Toliver?”

“Don't you worry about him. We've got some new friends to make. Besides, it's all about Manny. Let's do it for him. Once we're married he'll have a real home and a last name. He won't be just Manny the little man, he'll be Manuel Sanchez,” Delores could not hide her enthusiasm.

“Or maybe Manfred Schultz,” Woody whispered as he looked at the stitched up fetus floating in the jar, crippled in a state of suspended animation, a doomed larva which would never become a butterfly. After hanging up, Woody called Bernie and tried to explain what had happened.

“Well whatever,” Bernie was unable to follow the complicated narrative, but wanted to provide support. “At any rate you’ll be able to make group next Friday.”

“Sure, sure, but I still need your help,” Woody pleaded.

“I’m here for you buddy, but sounds like you’ve got things all patched up with your lady.”

“I don’t mean with Delores, I need help with Manny. I mean I need some help getting rid of Manny. I don't want Delores to see him again. Not after all this.”

“What are you going to tell her?”

“I'll think of something. Maybe the neighbor's dog got a hold of it.”

“So what do you need me for? Just get a plastic bag and throw it in the trash.”

“But anything can happen downstream. Imagine the cops bustin’ me for something.”

“Well, I was wondering,” Woody laid out his plan. “If maybe I could use that fancy garbage disposal you’ve got.”

“Are you kiddin’? And who’s gonna do the dirty work?”

“That neighbor kid says he wants to be a surgeon. He could dice it up into cube steak.”

“For one thing it’d stink up my kitchen.”

“Nothing that some baking soda and vinegar wash couldn’t take care of.”

“Listen Woody, I’m still your sponsor but don’t push it. Maybe this is something Bill W and Dr. Bob can help you with. Just get out your new coin. You're making things way too complicated.”

As Woody hung up the phone his head began to throb. He climbed into his recliner and leaned back, fearful of sleep. He gazed across the room at the jar on the mantle. The dark bodily fluids in formaldehyde were starting to settle and Manny seemed to be waving, holding his hand out straight like he was a running back stiff arming a tackler. Woody tried to clear his mind and watched television with the sound off, channel surfing from news to reality shows, sports to movies, sitcoms to documentaries, all linked by endless advertisements. As his head continued to pound he got out the Xanax and Valium and poured a glass of water. Mindlessly manipulating the remote, he sank deeper into the cushioned recliner. It was going to take another twenty minutes before the drugs would pass through the lining of his stomach, enter the blood stream and make their way to his brain. Relief from the pounding in his head would come none too soon. He was confident that the prescription medications would prevent another panic attack, but nothing could ever bring Brandon or Manny back. He scratched the scorpion tattoo. The drugs always made him itch. 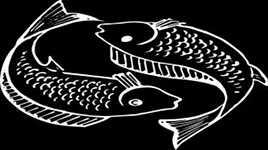