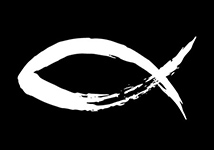 Stuart Hanson lit up a cigarette under the football bleachers while Johnny Teasdale kept his eyes open for the monitors. “Sure you don’t want one?”

“No thanks,” Johnny waved him off.

“Never too late to start.”

“First you’re a user and then a loser. What got you puffin’ in the first place?”

“Isn’t your friend a loser too?”

“He’s not my friend, he’s my client. I’m his contractor. He’s a revenue source. Fixed the ice machine in his fridge, unclogged the toilet. Last weekend I spliced him into my parent’s cable TV. Gonna pay me by the month. Calls me Doc. Besides now that he’s got me smoking I’ve got to go over to his place just to enjoy these Marlboros. Always talking about his time in Afghanistan. Has these bad dreams.”

“Oh man,” Stuart butted out his smoke. “You never should have told me that.”

“About your wet dream.”

“And even though the woman didn’t turn around I’m sure it was Taryn.”

“No way, it wasn’t sweet ass Avery. You’re dreamin’ about your mom.”

“Hold your horses cowboy. Happens to the best of us.”

“No way could that have been my mother.”

“Did you nod out in psych class or what? Remember that Freud dude? Everything’s either a cigar or a banana or a sausage. You probably walked in on your mother taking a shower when you were a kid. You need to learn to control your dreams so they don’t control you. Just gotta put some work into it.”

“I’ve heard it called beatin’ off or jackin’ off but how do you do it?”

“Do I need to draw a diagram? Get some Vaseline and an old sock to catch the dribble. Just some tips from a pro.”

“Won’t it cause cancer?”

“No, and besides it more fun than smoking.”

“Like flog the log, choke the chicken, pump the pope.” Stuart rolled his eyes back in his head and stuck out his nicotine yellow stained tongue. “Fun like that.”