Where No Secrets Can Hide

On Sunday we’d march to the church. The preacher would tell us how Jesus loved the little children and we’d sing this song…

“Jesus loves the little children
All the children of the world
Red and yellow, black, and white
They are precious in his sight…”

Sometimes, after church, our grandfather would drive down in his Hudson and take us for a ride. It was the only time we got to leave the grounds of the Kelly Ridge Home for girls.

My name is Lucy, but my twin sister, Darcy, has always called me “Lucky.” When she was little, she had trouble saying my name. It always came out sounding like “Lucky.”

Kelly Ridge Home for Girls is a place for young girls who have been abandoned, abused, or neglected. It used to be called Kelly Ridge Orphanage, but I guess the word “Home” is a kinder sounding word.

We came here in 1947 when we were six years old. For the last eight years, we have lived in this strange world of cast-off children—kids who no longer believe in humans and don’t have a reason to believe in Gods. We work. We play. We stay busy to forget. We have learned that “silence” is a response.

When we were younger, Darcy and I would make wild plans to run away—slip into the night and head for home. We would pretend we were serious, but we knew it was just a game. There was nothing to run toward except an empty box of bad times.

Our mother: Voices in her head—drip, drip, dripping like a broken faucet—louder and louder—until she ran for the door like the house was on fire.

Our father: Sleeping alone behind closed doors—lost in drunken dreams—an imagined world where everything was still in its place.

I can barely remember their faces—no photo smiles frozen in place—the sound of voices fading to gray.

Mother didn’t look back, but I’ve never blamed her. Back then, her fear was the same as mine. I hope she was able to turn herself into something brand new and beautiful again.

Three months after our mother left, Darcy and I, both five years old, found our father in his bedroom dangling from an electric cord.

I covered Darcy’s eyes with my hands, led her out of the room, and closed the door. She didn’t say a word. She just stood there with her back against the living room wall. When I asked if she was okay, she whispered, “Please don’t talk.”

I called my grandfather. I held Darcy until he came with an ambulance and the police.

Neither of us cried at the funeral. We just sat with grandfather, staring straight ahead, while a stranger said nice things about our father.

Last night, Darcy woke up screaming. When Darcy wakes up afraid, she’s not sure where she is. So, when I heard her cry out, I hurried to turn on the lights.

When I got to her bed, she had her hands in front of her face. I hugged her close until her hands stopped shaking. When she was calm, she rested her cheek against my arm, looked up at me and said, “Lucky, tell me a story. Tell me about the house where we will live.”

“Close your eyes and I’ll tell you the story.”

“Someday, when we leave this place, we’re going to find a house—a perfect house where we will live forever. It will be a big, white house in an open space—a place with wide windows that are easy to see through—windows with clear panes where no secrets can hide...”

I watch for most of the night while she sleeps, warm and quiet, in my arms.

We’re all standing off to the side of the road, watching a bird that’s been hit by a car. It’s on its back, squawking, in the middle of the street. One wing seems to be broken and the other is flapping like crazy in a hopeless struggle to fly. The injured bird can only spin round and round in a small circle.

Finally exhausted from his effort, he stops fighting and becomes still. His head is pushed to one side against the pavement. One dark, terrified eye is staring up at me. He seems to be waiting for someone to do something.

I strip off my sweatshirt and walk into the street. I place the shirt over the bird, cup my hands around the fluttering lump, and scoop it off the pavement.

I carry the bird across the yard to our cottage. I walk upstairs to the bathroom and turn on the water in the bathtub. Holding the shirt in my left hand, I push the rubber stopper into the drain. When the tub is full, I turn off the water, kneel down, and push the shirt all the way under.

The bird is still trying to fly, beating its one good wing against my hand. When it stops moving, I lift the shirt out of the water, walk downstairs, and out the backdoor.

There’s a metal trashcan sitting next to the storage shed. I walk over, open the shirt, and let the dead bird fall into the can. The body gives a small quiver—then is still.

Like always, Darcy just follows along—asking nothing—saying nothing. She never questions anything I do.

The first time I saw my father hit my mother we were all sitting at the kitchen table having dinner. They were arguing. I don’t remember what it was about.

As they shouted back and forth, they started to seem like strangers to me.

When it happened, it was so fast I’m not sure that I actually saw it. I heard the sudden crack of my father’s hand against my mother’s face. I found myself standing up—hands flat on the tabletop.

Darcy didn’t move. She just sat there with her head down—eyes locked on her plate.

Then I saw my father’s face change as he looked at me, then at Darcy, then back to me. He looked confused and scared. His eyes seemed to be asking for something. What? At the time, I didn’t know. But now, I believe my father was asking to be rescued. He wanted someone to save him.

Our grandfather died, this past July, of Alzheimer’s Disease. He spent his last years in the County Home. One time, the preacher took us to visit him, but he didn’t know who we were. He just sat there with the others in the “day room” staring at the screen of a muted television. They all looked like they were expecting something to change.

We loved our grandfather and he loved us. He was our last connection to the outside world.

In four years, my sister and I will have to leave this place—this tiny world where all of the decisions are made for us. Orphanages only protect children until they’re eighteen. They call it “aging out.” If you haven’t been adopted by then, ready, or not, you have to hit the streets—no place to call home—nothing and nobody to fall back on.

Lately, I’ve started to worry about what this means for Darcy and me. I know that whatever we do, we’ll have to do it together. As long as I have Darcy to love and protect, I am alive.

Downstairs in our cottage, there’s an old piano that nobody plays. Sometimes, late at night, when I’m feeling afraid about the future, I slip down to the living room. I sit in front of the long row of keys and bend my ear toward the strings. I hit the lowest note and push the pedal to the floor. Then, I close my eyes and listen as the note rings out its one-tone song. I think about that song we used to sing in Sunday School—"Jesus loves the little children…”

I wonder if there really is a Jesus. And if he loves us now, will he still love us when we “age out?” When we’re no longer children, will we still be precious in his sight? 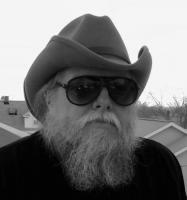