"The Forms Anger Takes," "The Sign on the Telephone Pole," and "People Have the Right Not to be Protected"

It occurred to me almost constantly in the South that had I lived there I would have been an eccentric and full of anger, and I wondered what form that anger would have taken. Would I have taken up causes, or would I have simply knifed somebody?
Joan Didion

Each day older, a smolder in this spent body,
I wonder at my anger, this wish to stab somebody.

Is it anger or anguish, losses like water storming
through a spillway, floating this drowned slab body?

Losses like seepage through cracks, an empty
reservoir offering no succor for cracked crab bodies.

Where the profusion of creatures, where fallow
fields and thick woods, unsullied by grabby bodies?

The heart’s nubbin crumbles at a touch, wildfire
fled, leaving only the ash-char of a drab body.

As in a fairy tale, I scavenge the roadside, humped
sack shouldered by my witch-bleb body.

Which spell releases me, a hiss of spit on wick,
a brief respite before death nabs this body?

I can chop anything, bring me something to chop,
[concrete slabs, tires, stumps, our mother-in-law,

our car up on blocks (immobile since we last fit
the pants wedged deep in our closet), our unpaid bills.]

$400 reward if I cannot chop what you bring me,
chopping is how I keep my mind thinking good thoughts,

[a controlled, fractional violence, our thwarting halved,
(Who wouldn’t want that?) the wind-up and ki-i,

palm an axe blade, (the sweet sting of it), typos
and errant capitals proof of the man’s enthusiasm.]

People Have the Right Not to be Protected:
(A Golden Shovel Brought to You by the Food Industry)

People have the right to die as they wish. The
good citizens of our NAFTA partners have the right to choose, like any American,
to suffer from diabetes and hypertension. Any provision
that would hinder their access to dental caries should be struck down. Any group that seeks
to clarify nutritional labels should be silenced. To
parse their percentages is not for the average. To prevent
confusion is not their purpose. Any
who mention the doubling of obesity in 73 countries, warning
consumers away from snack food, the very symbol
of modernity, any who point out the poor shape
we are in or
the artificial color
of any food objects are clear advocates of the nanny state. That
chips, cookies, and soda can be inappropriately
labeled weapons denotes
a sad ignorance of ballistics. That
something pleasurable has consequences is a
clear example of fake news. That something is a hazard
doesn’t make it risky. Yet if it did, risk exists
to make us run faster. It is from
fleeing that we become cagey. Thus, the
purpose of good government is to give you the calories to run fast, the consumption
of which is always your choice. Of
course, we encourage you to make the right one, not to deprive the
manufacturers of soft-drinks and packaged food
of their livelihood. We hope we can count on you, or
regretfully, we will have to back out of our agreements. Isn’t it better to give nonalcoholic
beverages to babies? Soda is merely one such beverage. 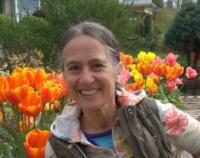 Devon Balwit teaches in Portland, Oregon. She has six chapbooks and three collections out or forthcoming, among them: We are Procession, Seismograph (Nixes Mate Books), Risk Being/Complicated (A collaboration with Canadian artist Lorette C. Luzajic); Where You Were Going Never Was (Grey Borders); and Motes at Play in the Halls of Light (Kelsay Books). Her individual poems can (or will) be found in The Cincinnati Review, apt, Posit, The Carolina Quarterly, Vector Press; Red Earth Review; The Turnip Truck(s), Drylandlit; Eclectica, SWWIM, Peacock Journal, and more. See https://pelapdx.wixsite.com/devonbalwitpoet.