The Epoch of Whirlwinds

When the spectres of Crusaders
From Byzantine campaigns return.

When the mullahs of Samarkand
Prophesy Tamerlane's return.

When the cherub of Eden
Heralds Cain's return.

When the emanations of Kali
Wheeling from hurricanes return.

When circular fires in clouds
Above the Tingri plains return.

When the priests of Avalon
Foretell Gawain's return.

When from white thunderheads
The luminous rains return.

When the sands of sciroccos
In veils of shimmering grains return.

When the Cardinal of Toulon
Portends Duquesne's return.

Floating sparks pulse like fireflies around you,
In lattices of smoke from pyres that surround you.

The flutes of reeds pipe visible notes
Of music that swirl in the air around you.

Bands of rain dissolve in translucent wind.
Curtains of white sand shimmer around you.

Pacing the torch-lit catacombs of Thebes,
Moths with flaming wings swarm around you.

Rose petals lace the garland of tendrils
With which a chieftain once crowned you.

Flames form in black clouds as shrieks
Stream from the djinns that surround you.

Sibyls dream of white sparks crackling
In the sphere of light around you.

Scripts of sutras rise in calligraphy from your palms,
Floating in shafts of light the stars cast before you.

In the dim twilight winged scarabs emerge
From volatile sands that flow fast before you.

Winds rave as moonlight streams from the raised swords
Of Alexander's brigades amassed before you.

A nomad priest counts on a rosary amid debris
Of a lost caravan that once passed before you.

Diamonds glisten in dunes as breezes polish
The relics of Agra's decadent past before you.

The sky is lacquered a rain forest's colors
In a dream of Eden stretched vast before you.

Phoenixes rise from spent pyres as embers pulse
In the shadow of the one who stands last before you. 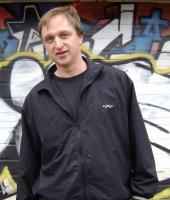