"Teenage Years," "Just Boys Being Boys," and "Son of a Stranger"

Sex began
with some
awkward experiments
with my hands
and eyes

(those representatives
of the tactile-muscular
and visual instincts.)

Disappointing
and unexciting
as the initial results were

the implications,
the long-range possibilities

continued to attract
my interest

long after she
got up and left
without the slightest explanation.

They paddled canoes
when they weren’t swimming in the lake
or hiking in the woods.
And sang Kumbaya
while toasting marshmallows
in a fire they built themselves.

They were young.
Maybe not the brightest.
But among the most intrepid.
They were not Hitler youth.
Their motto wasn’t “Blood and Honor.”
Nor were they viewed
as future Aryan supermen.

The closest they came
was when a few of the boys
teased a possum in a tree
with long sticks.
They got bored eventually
and left the poor creature
to scurry away to its nest.

Just a bit of fun, they said.
It wasn’t a show
of their homogeneity’s strength.
Nor an example of
the subordination
of their own interests
to the common cause.
Nor was it a warning
to all those of possum descent.

Son of a Stranger

From what I’ve heard, he was a hard worker but poor earner.
And he didn’t stray enough for any “real truth” to come out.
All my life I have wondered what he was to me.
I couldn’t comprehend death as an explanation.

Last year, I returned to Eumundi Cemetery to visit his grave.
I checked in with my sister, as if asking permission
to go more out of curiosity than grief.
For his was a fire that burnt out long ago.

So what was the point of asking questions
if I know he could not answer?
I found the body where it was the last time I was there.
The unknowing only deepened.

These days, I listen to myself mostly.
But good advice is not forthcoming from black dreams.
In a bed soaked with sweat or trembling cold,
I crawl out of a pit that’s solely my own making.

The Sun’s indifferent to what it shines on.
It’s no pilot light. No pilot either.
But I don’t feel like the failed son of a failed father.
But, I must admit, that kind of language echoes.

Knowing him isn’t really what I’m after.
I’ve no wish to rake over at old obsessions.
Or be locked inside a clock that hasn’t moved in years.
I have nothing of his. And I will have nothing more,

One night I woke to see my father admiring me
at the half-opened door. "Dada," I cried.
Memory blackens my heart’s attempts at absolution
Now that I mention it, it wasn’t even him. 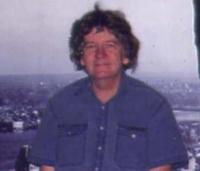 John Grey is an Australian poet, US resident, recently published in Penumbra, Poetry Salzburg Review and Hollins Critic. Latest books, Leaves On Pages and Memory Outside The Head are available through Amazon. Work upcoming in Lana Turner and Held.