"Suddenly 21 Times," "Before Grassroots Closed," and "After in a Florida Motel"

Rising rates, hot spots, piles of bodies and I suddenly feel like I am in that story I read as a girl - the end of the world and the woman writing her last words about how they all loved until the final minute. OK then. I will keep writing no matter what.

Ted’s autistic son calls, frantic.  His stepfather just told him there are food shortages in NY.  We just got back from Trader Joe’s, Ted tells him.  We’re fine.

Our people survived the pogroms and the camps, I tell Ted.  We’ll survive.

Early morning, empty street.  Little girl and Daddy singing as they walk down 12th Street.  I lean out the window, join in.

Another trip to Trader Joe’s shopping for neighbors more fragile than we are.  Run into the two young guys from next door fleeing to their country home.

The 82-year-old neighbor next door is defiant. She is not going to stop going out.

Utter silence. Like a 1970s Sunday morning.  I just want to sit here and listen. I have loads of writing today, but something says enjoy. Enjoy this quiet.  The noise will return soon enough.

That piece of shit is condemning all of us to death. Between bullying and being bullied stands a warrior.  I need to be a warrior.

Late afternoon watching an elderly man being bundled into an ambulance.   Like watching people being rounded up one by one.  Prayed for him as they drove off.

What if it isn’t asthma?

Dropped off cake for the few neighbors remaining in the building.

A baby died.  A 5-month-old baby.  Write, write every ounce of rage and pain.  Write revenge.  Write every molecule of revenge.

If that piece of shit wins again, can we flee?  We make a 72-hour list: what can we take, what do we leave behind. But what about the cats?

430 am no sleep again. … Look out onto the street.  A young man storming up and down 2nd Ave with drumsticks, practicing in the air.

Harry drives by, opens up the sunroof, little 4-year-old-hands pop out.  We all waved at one another.

Cricket stops by with jellybeans – Ted gets upset when we hug each other.

230am. Dead quiet again.  I used to go out in the middle of nights like this, sit at the counter at Veselka, write crap, sip tea. 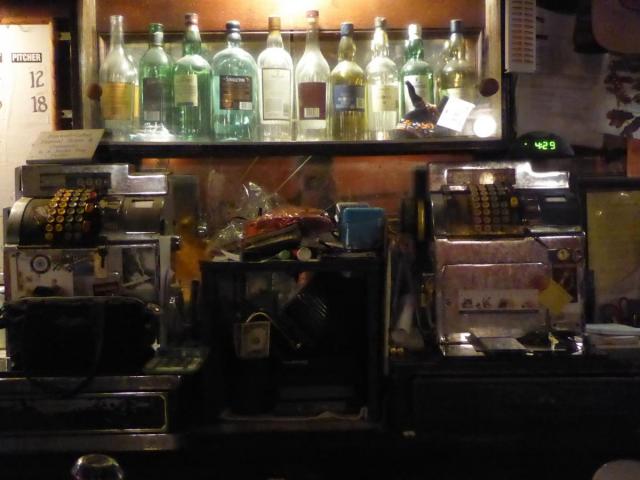 But I think it was because I remembered Karen
the only woman bartender for miles around back then
The one who died of breast cancer
before anyone talked of such things
We both recalled her mob boyfriend, a made man,
who babytalked when he was drunk

And I pointed to the beat-up photo of Frazier
beaming from behind the bar
The only Black bartender for miles around back then
The one who died of AIDS
before anyone talked of such things
We both recalled him and Wrinkles every Saturday night
dancing on the bar to New York, New York as we all sang along

And John poured me another drink
And the rare light from St. Marks filtered through windows that hadn’t been washed since before anyone died
And for a couple of minutes
life wasn’t missing all the people we loved

After in a Florida Motel 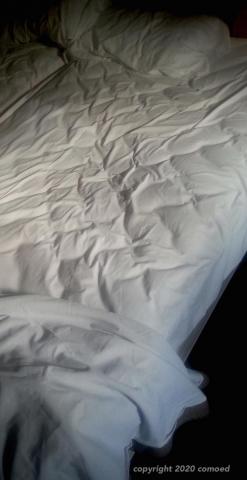 Finally
drifting away from the sad legacy of his dead father
and the lonely time I spent with living parents,
I dream briefly of a child who will never grow broken into her heart like we did

Still, grim thoughts wake me
So I watch this boy poem slumber
while a zillion words he yearns for
pound inside the sudden empty home of the baby
we both decided not to have 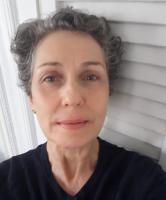 C.O. Moed grew up on New York’s Lower East Side when it was still a tough neighborhood. Alum of the WOW Café and recipient of the Elizabeth George Grant for Fiction, her work has appeared in various presses and anthologies, including: Lilith Magazine, Shades of Blue (Seal Press), and AWAKE!: Reader for the Sleepless (Soft Skull).  She explores the elusive definition of home, chronicling stories of family, neighbors and the city through writing, street photography and her series and illustrated memoir, It Was Her New York. C.O. recommends Doctors Without Borders.