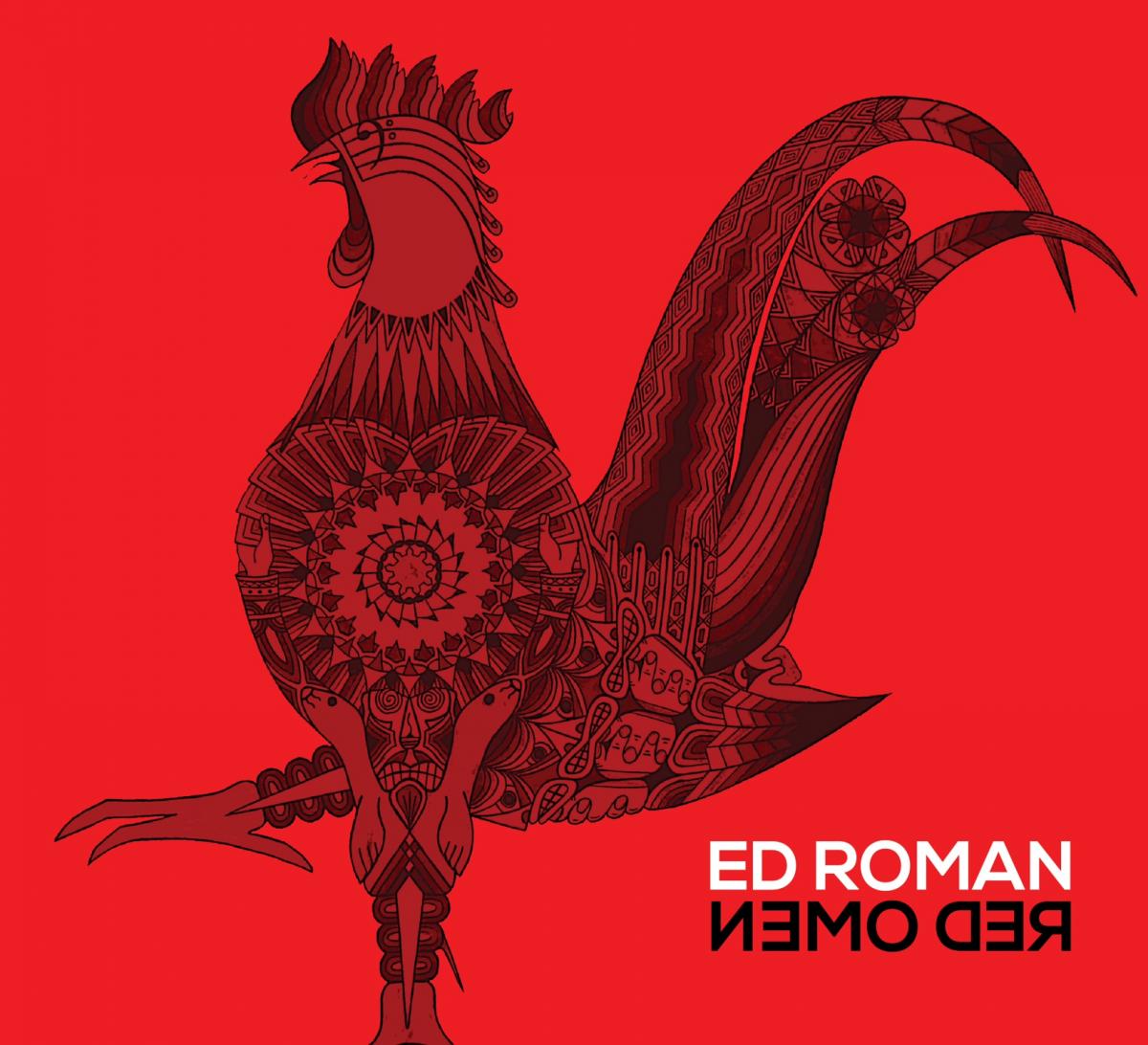 When we first heard Ed Roman's new single, "I Am Love," our first thought was "retro," between the classic rock-rhythms and the song's unapologetically straightforward message of universal love. But within a few minutes, we realized the description is too easy. Ed Roman isn't relying on classic rock, folk, or pop sounds. Rather, he's creating an intricate kitchen-sink fusion of pop, rock, folk, reggae and country that gives us energetic, spontaneous, even gleeful fun. His wistful songs don't feel like ballads, and an overtly comical song, "Red Omen," is the title track of his newest album. We think you're going to love that track, along with the rest of his work. 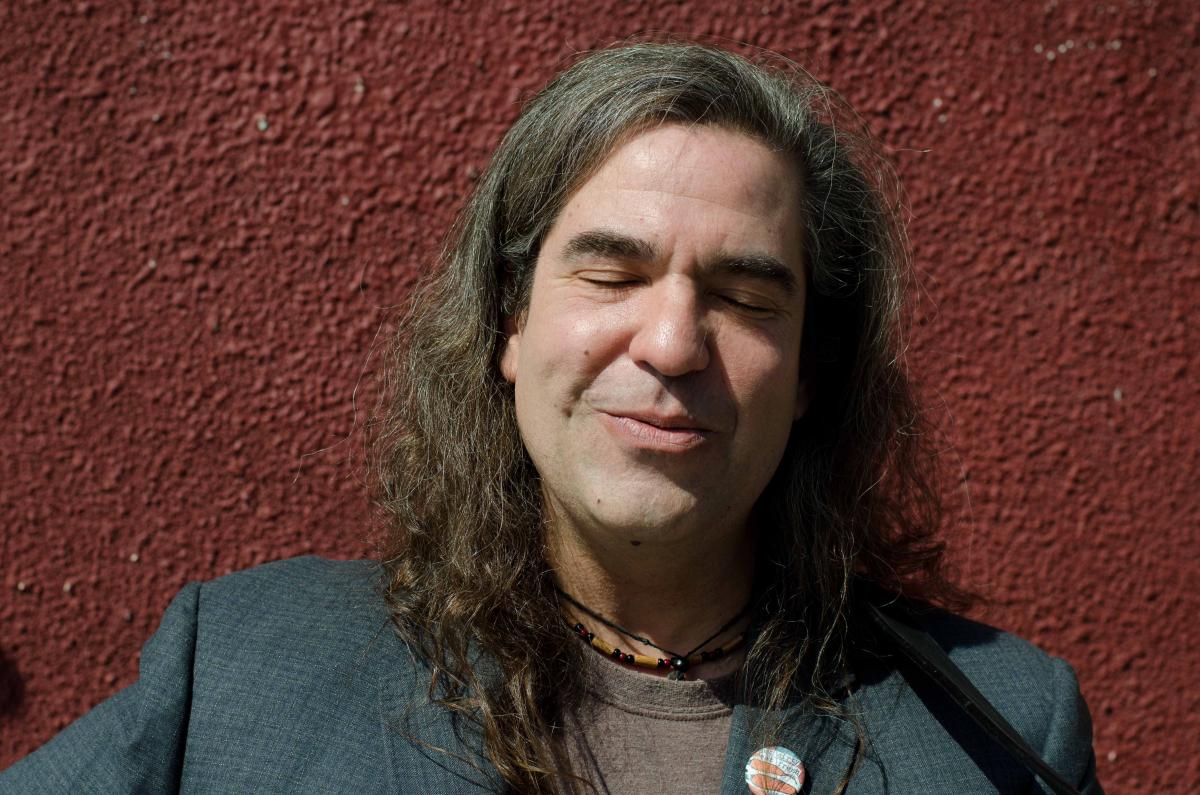 Ed’s uniquely crafted songs have received regular rotation on more than 100 AM/FM stations across North America and more than 400 stations, worldwide. Ed is a 2014 Artists Music Guild Award Nominee, a 2014 International Music and Entertainment Association Award Winner, a two-time 2015 IMEA Award nominee, a Josie Show Awards nominee, an Akademia Awards Winner, and a two-time Indie Music Channel Award winner. Ed has performed at the Red Gorilla Music Fest during SXSW, The Millennium Music Conference, and SS Cape May, and he has toured both New York City and Philly. Ed is also a Heart Songs for Veterans artist, donating money to help veterans with his single and Top 10 Yallwire.com video, "Lay One Down." His last album, Letters From High Latitudes (an homage to his Ontario home) was a critically-acclaimed vehicle for Ed’s socio-political, earthly-conscious and globally-aware messages. Now, Ed has returned with a brand new album, Red Omen, produced with renowned producer, Michael Jack.

Check out these two tracks by Ed Roman:

The Way She Goes

And the official video for "I Am Love:" 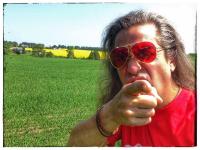 Ed Roman is an Award-winning singer/songwriter, performer and multi-instrumentalist from Shelburne, Ontario, Canada.

My Mexican Days by Thomas M. McDade
Citizens of Earth; by Cornelius A. Sasquatch
The Tiger by Andrew Fowler
"The Scent of Green" and "Dying from a different kind of arid" by Sharon Lopez Mooney
"Sheets of burnt composition paper," "Newsprint fingers," and "Pancake mustache frozen in place" by Joshua Martin
Mucus by Paul Kavanagh
Camera Obscura by John A. Griffin
"Homage," "Testament," and "As A Citizen" by Peter Maeck
"Beatitude: from Syria," "Anxiety at the Borders," and "We have been." by Leslie Prosterman
Dayenu by DeWitt Henry
Six Paintings, September 2021 by Giorgia Pavlidou
"helios, you adorable psychopath," "here the palm trees wave at you saying everything is possible," and "the split second the heart of the solar system skips a beat for no reason" by Giorgia Pavlidou
"Anorexia Nervosa" and "Youth, Yoga, and Reincarnation/ for Diane" by pd Lyons
"My Problem with Statistics," "Name the Responsible Party," "'Adorable,' They Said," and "Back when destination was fluid" by Carol Dorf
"Bodega Privilege" and "Hidden Figures of Harlem" by Celestine Woo
"20/20 vision" and "Death in the City" by Roy Duffield
"States' Rights," "Going to the Mardi Gras Parade, 1984," and "Looters" by Gary Bloom
The Notaclysm by Ryan Undeen
Manufactured Goods by L. Shapley Bassen
monroe and she by matt monroe and lea leone
"cobalt blue," "small gift, early autumn" and "through rain, through walls of poisoned sunlight" by John Sweet
"You act like this is a game—" and "Sunflower Seeds of Indignation" by E. Martin Pedersen
"Earth Speaks," "Birthday Bucket-list," and “Recalibration" by Karen Neuberg
The City is Alive! by Jonathan Hayes
"We," "Visitor Bearing Message," and "As for the Worm" by Tobey Hiller
Fable with Wings by Tobey Hiller
"Incongruous Reflections (August 2020)" and "Extinction Romantic (November 2020)" by Rats Trujillo
"Zurich" and "Whakatane" by Mark Young
Three INFORMATIONs by Bob Heman
"Shtick" and "The Joyful Sea" by Frederick Pollack
Beginning by Rosalind Palermo Stevenson
Escape 2 by Stephen Page
Nine Paintings, August 2021 by Mario Loprete
"Suddenly 21 Times," "Before Grassroots Closed," and "After in a Florida Motel" by C.O. Moed
"Woke" and "Thrown and Gone" by Heath Brougher
The Reptilican Convention by Rubino del Sur
The Zenith of the Neo-Anti-Environmentalists by Stewart Michael Berg
On reading Kristin Sanders's "Cuntry" by Darryl / Dadou / Baron Wawa
Modern Olympian Odes #27 & #28 by Michael Ceraolo
"I play the fox," "The Three Fs," and "Homicidal Pigeon Fever" by James Cole