At eighteen my friend James and I started working at a sheet metal factory building wood stoves.  We were regularly bumped from department to department by people who had more seniority, which was almost everybody.  So we made the rounds working in sub assembly, the paint line, spot welding and shipping until we both ended up in stamping – a place where sheet metal was molded, cut, bent or drilled to make parts whose final destination were the assembly department.

On my first day in stamping I was greeted by a guy named Ernie who introduced me to the foreman, a round man who looked me up and down.  “Put him on 11,” he said.  Ernie led me to the press, looked at me, wiggled his eyebrows and said “Better than 15. That’s the bitch that got me,” smiling as he held up his right hand to reveal only a thumb and little finger. “You’ll be alright,” he said as he walked away.

Stamping was loud even with earplugs.  Some of the presses sounded like shotguns when they molded the metal to the die and there was a constant low metallic hum that vibrated through the concrete floor.  I had been there only a few months when I saw a guy get his fingers cut off in one of the presses.  The foreman rushed over and hurriedly picked the fingers up with wax paper, like a butcher would pick up sausages, and yelled for Ernie to grab hold of the man before he passed out.  The man and his fingers were rushed to the hospital hopefully to be rejoined.  A year later my best friend James would not fare as well, losing his right arm to press 14.

The accident happened in early fall and just before Christmas the company had already settled with James, or more likely James had had to settle for what the company offered.  They had also arranged for me to drive him to the restaurant of his choice.  “Some place fancy,” the supervisor told us.  Hell, we didn’t know any fancy restaurants.  So management chose that as well.

The restaurant they picked was an hour away so the ride gave us a chance to talk.  James didn’t bring up the accident and neither did I.  We pretended nothing had changed but we both knew it had.  My old truck stuck out like a sore thumb against the other vehicles in the parking lot; never before had it been held in such awe.  The truth of the matter is that James and I were as out of place as the truck.  A well-dressed man greeted us at the door, asked our names and seated us at a table in the very back of the restaurant, where immediately another well-dressed man offered us drinks and started reciting the menu like it was the Gettysburg address.  The menu was our favorite part.  Neither of us said much during the meal.  We were both just taking note of the exit signs.

When we left the restaurant James insisted on driving, so we cruised around until something caught his eye.  “That’s it,” he said as if guided by a will greater than his own.  The “it”, as it turned out, was the latest action flick and James loved them.   We bought our tickets, found seats and tolerated the obligatory previews.  For the next two hours we sat there shoulder to shoulder watching the movie with its slow motion punches, scripted courage and fake blood. 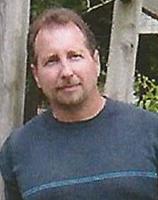 Jake W. Ford is a writer and artist from East Tennessee. His work has appeared in Flyaway: Journal of Writing & Environment, The Southern Quarterly and Kestrel.