There is a viral story of a woman marooned at birth in her bassinet; unlike Moshe, she pulled herself from the reeds and was nursed by a doe. Then she went on to invent an entire civilization whose currency was plantains and coconuts.

A warrior, she never sliced off her breast.

The island floated; it was mobile but deceived. It would fall like a horizontal star. Men were said to find it with scurvy.

In the provinces people still tap trees, raise barns, and watch their children learn to code. In the cities, they prepare the harvest on grass rooftops. But what is this change when a woman defies expectations?

It is sometimes asked if the police are policed. But who was it that elected our teachers?

Ideas have no groove. You don’t dance to them, you hustle. When someone says you shall have no more than your share (or less) and they put that in place, you are forced to get up and go.

But a groove is a move your body makes because it can’t resist that merging desire. Soul to soul; spherical music.

A spinning record has a cosmic symmetry. Or a Pythagorean reality. Perhaps it is the smell of resin, the secretions of the female lac bug. It moves; your move.

If you play a message on repeat, its lurch will translate lexically whether the superliminal meaning is understood or not. For maximal effect, loop it on a steady beat.

The most indelible image of change is three women in sequins singing into suburban homes. Or five men with a process doing the steps. People now want to move that way, that is, wear their shoes.

The little girls who stop and point at jays and crows on cold days are going to discover heat.

Like the cat you keep inside, little boys running in circles and throwing mud at the sky will come up to glass.

Everywhere on Earth there is fire to flay us. It does not come from firearms or volcanoes. It is a tectonic pulse, the Quiddity of subsoils and substrates. It is the shock in our digits when we flip on the lights with damp fingers. It is December bedsheets in the desert.

We gather around our phones and televisions to fret over taxes and crime. There is the price of things: to lease or buy. All the while, we burn our fingerprints on the future.

Out there in the simultaneous multiverse is a detective with an entire bank of what you and I did yesterday, what we now do. Rest assured, you are not a face in that Crime Stoppers world. You are a stat, part of the 99%.

Not the mass of humanity whose consciousness, you were told, was waiting to be born (and which you ignored). It is no call-to-action. This merely means dodo kin. 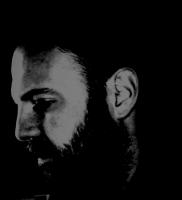