(the closing of the work)

the phenomenology of approach

a text written in spurts, after the outline, chasing down, encapsulating, circumventing. what is an approach? how does approach manifest itself to the subject? what is the domain of the approach? what is a domain? what is subjectivity? what is its presence and loss?

the text of dispersal. sections are written into and out of the outline. the text is governed by the outline. subsequent versions increase the quantitative content, refine the tolerance of the investigation. the text is an accumulation or collocation of interspersions.

a limited domain is inscribed with or without fuzzy boundaries. domains may be limited in sememe, space, and/or time. example: everglades bounded by hydrology, ecosystem. for example (below): everglades younger than writing, than human inscription. for example (below): the scribble: scribbled note, indecipherable handwriting, noise in the machine. the state/meant of the domain is always already a delimitation. (limits are closed sets in relation to the rest of the world/s, worlding.)

2 clues and cues from immemorial past

3 difference between clues and cues

clues and cues are such by virtue of relevance; theoretical methodology is part of a critical sifting apparatus. relevance is already a complex construct, ranging from variegated retinal firings to stratifications of attention.

this follows for example category theory, chaos/fractal theories; one always already begins with pre-theoretic presuppositions. the schemes obscure as well as clarify; they override heuristics, average anomalies and noise. as with approach, they are always a detour in this regard; they counteract the information implosion of nominalism.

beginning with a sense of awe - everything signs everything, everything inscribes. innovation in terms of heuristic projections and introjections - contradictions in terms of anomalies, revisions, recuperations, returns. wonder is a washing, determinate sublime, approach across the edge of the cliff, reworking binding and boundary.

8 filling in the habitus

from larger to smaller clues and cues - alligators and wading birds to landbirds and invertebrates for example. as one moves down in scale, identification becomes increasingly difficult, if not impossible.

9 from anomaly to behaviors

and back again; behavior clusters based on attributes. or from story to structure, diachrony to synchrony, anecdote to prediction.

10 sense of occupation and intimacy

inhabitation based on familiarity, familiality. what is occupation without possession, the contract. intimacy forestalls occupation, the experiential relegating definition. but in another sense, that of familiar territory, 'my work,' 'my walk,' 'my singing,' 'my song,' my process, my advance, my report and distribution.

in the first, equivalence scripts and schemata, universals, typifications; in the second, identity scripts and experientials, individuations. in both, the failure of distributive aristotelian logics, in both the gestured and extrapolated  indefinite bandwidth. (22)

chora and matrix - the inchoate beneath the surface of the subject, the dominion of striations, vocalizations.

13 deconstruction of the abject

following the notion of rigid designators, beginning with classification, classification experience, virtual subjectivity and its relation to concrete manifestation.

maternality: see above. the proffering of languaging or template. the inert real. the unspeaking, unspeakable, unspoken.

16 the mess and its overcoming

entanglement as regime intrusions, conflicting biomes, collapse or implosion, niche-construction, problems of scale in space and time. the mess overcoming.

demarcation of environment on the body - thicket tangle, poisonwood, against the skin. differentiation of the mass. eidetic reduction to the pressure of being.

the domain as continually inscribed in negotiation. linguistic contract of the subject. increasingly fuzzy boundary issues. refinement of differentiations - typology to decreasing tolerances.

21 the instrumental reason of flows and part-objects

fluid mechanics, turbulence, stases within the flow - non-equilibrium thermodynamics. the partitioning, parcelling, clutter, of the world. part-objects as modules: modules 'on the part of' the subject, and modules 'defined as such' within the continually reinscribed domain.

such that partial information (as in land's experiments re: color vision) extends across a total domain or spectrum.

23 delaying conclusions and the settling-in of elements

inconclusivity of discourses which are increasingly refined. elements noticed and defined 'settle in' - in the sense of familiarity - always with default tags - i.e. elimination by counterexample. retention of weak theory - searching for coherency without retention of apparently outmoded paradigms.

24 continuous processing and absorption of anomalies

anomalies as generative of domain boundaries, entities, temporary inscriptions, potential of part-objects, etc. the anomaly as the mis-fit among the accountable and accounted-for. as unaccountable, uncounted, the anomaly generates circumscriptions, circumlocutions; these are involved by the subject in a consideration and absorption of the detour. every anomaly potentially turns everything around, and is turned around by everything.

25 modes of approach in space and time

26 horizons of 'natural' and 'unnatural' worlds

and horizons of 'subjective' and 'objective' worlds - in relation to heuristics and experiential structures (immersivities). definition is both tool and violation; mobile fuzzy domain boundaries participate in the natural (i.e. given) order as well as ideological political/economic conscious and unconscious considerations.

27 weakening of perceptual structures and responses

approach is always already self-critical, self-critique; the critique itself is withdrawn from the self, sublimated into emergent considerations of the domain. the phenomenology of approach implies a weakness of language, definition, inscription, boundary, instrumental reason; it implies releasement, waiting (not waiting-upon) as well.

to listen without consideration of the source, the speech, one's answer; to avoid pausological structures ('yes, but...'); to speak after (what appears to be) the case.

domains as fuzzy architectures, the build world, to the extent of the delimitation. dwelling, as in residing within the domain, within the subjective horizon of the experiential mode in relation to the domain. the domain as inhabited by the subject, wor(l)ds becoming 'natural' in the sense of familiarity, familiality.

it is the neighborhood, communality, the constitutes the increasing approach of the domain. to the extent of a phenomenology of approach, the domain is asymptotic, never fully approached. the neighborhood is a confluence of neighborhoods, intersections demographics, zones and zoning ordinances, ethnicities - just about any conceivable attribute, fuzzy or not (for example, families whose surnames begin with 'Mc'). the neighbor-hood is also a maternality, a comfort-zone, an occupation constituted by the participant's introjections and projections. neighborhood is created by their increasing coherency and stability, a homeostatic domain itself. the attainment of homeostasis involves mechanisms for absorbing anomaly, to the extent that anomaly becomes subsumed (i.e. this moth is an unknown species within the imperial silk family).

no domain is pure, no approach can posit an isolated object for long. skeins intermesh diachronically and synchronically, across disciplines and other semi-rigid boundaries of the classical episteme. domains possess symptomatic leakage and staining; there are stigma-zones, exhaustion zones, depletion zones, zones of surplus accumulations. what is posited as an object both diffuses and expands; becoming invisible, it participates within neighborhooding, worlding - becoming visible, it participates in skew-orthogonal skeining and the report.

every approach is a withdrawal; what is known is known in recession. the decrease of tolerance is asymptotic at best. the greater the knowledge, the weaker the theory, heuristics coming more and more into play. there are dialectics among reifications, objectifications, subjectivities, reports and encapsulations, releases and experience, determinations and faltering data, anomaly. the phenomenology of approach embeds withdrawal, just as withdrawal implies approach. every introjection, a projection; and every projection, an introjection.

the grid and its imposition, input-output matrices, markov chains, tensors and absorptions of data, local geodesics, fuzzy or clouded enumerations, collocations of data.

34 the skein (askew and local)

one takes increasing chances as danger apparently recedes by virtue of knowledge. how to approach a snake or alligator; how to ward off deerflies and no-see-ums. an approach is always a detour (thus the sides, top and bottom, are in evidence); the domain, no matter how problematic, is both skein-connected (to its environs, history, etc., without and with observation, to taxonomic schema, ideologies, cultures and civilizations, and so forth) -  and disconnected (to the extent that it is not 'its' intention that one approaches, that one makes the approach, that it is within one's horizon - but who knows). a detour may follow one or another walk-around, or it maybe be a confluence/manifold of the totality of walk-arounds - for example, the semi-totalities of gathering periphyton data in space time through selected sites, extrapolated across the glades in their entirety.

for example: the everglades as we know them are younger than writing; this residue is older than that. the report is tailored to distribution modes, economics, audience, historiographies, symbolic conventions, bibliography and reference, dedication and authority, placement within or without various series, a particular written language, attendant taxonomic ploys, languages, and paradigms.

the distribution of the report enters the field of reports, processes of reporting and distributing, checks and counter-checks. the report is always already a reification by virtue of peer and other consensus; this is the escape or leakage of the phenomenology of approach into profession, professionalism, and doxa.

and the rethinking of it, the arc through and across the report, response, distributions, counter-distributions, argument and counter-argument, the return to the field, the walking-through the field, and always already transformation of the domain and its problematic.

the world is all that is the case. but the world and worlding are dissimilar and 'the' already breaks down among virtual and real, virtual particles and introjections/projections, phantasms and implicate orders. nothing remains of encompassment; domains dissolve or problematize, just as the 'of it' - already a possessive - is another releasement.

what recedes, becoming, not knowledge, but implicate, implicated, tacit. my boundaries, body, disappear, absent themselves, among the thickets. worlding wheels on virtual axes; id and ego merge mute. what was real and had become symbolic now recedes into the imaginary and real. skin and masquerade become one; abjection diffuses among bodies, waters, earths, islands, hammocks. enunciation is always a problem increasingly distant as one silences, the report long gone, having been written, distributed, critiqued, absorbed, discarded. those series or skeins have no place here; evanescent, they're already exhausted by consciousness and defuge. the leaving that is left is an accompaniment, future inhabitation of memory or visitation, minding, mindful. no longer the distance of the approach or proximity of withdrawal, but only translucency, transparency on rare occasion. imagining the glades, but not without myself diffused, laminar, here and there, the skitter.

for now, the ending of the text
for then 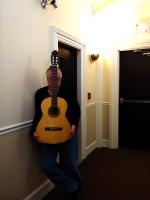 Alan Sondheim is a new media artist, musician, writer, and performer concerned with issues of virtuality, and the stake that the real worldhas in the virtual.  His virtual work is known for its highly complex and mobile architectures.  He is one of the originators of "codework." He has used altered motion-capture technology extensively for examining and creating new lexicons of behavior. His work deals with crisis and inadequacy. His texts, music, and images are at http://www.alansondheim.org and his Youtube videos are at https://www.youtube.com/user/asondheim/videos