Pain shot from my soles to my brain when Booker kicked hard. “Otis——WAKE up.” Floor tiles were cold, sticky. My eyes popped open to two sets of waving antennas. Roaches were eating dried vomit that had also crusted on my face. The vomit wasn’t mine.

That was that worst place I’d ever slept.

In another room, the record was stuck on a verse from Steppenwolf’s, The Pusher. Goddamn, the pusher [skip].

Booker’s voice boomed, “Get your black ass up." His head was cocked to the side, maybe from the weight of his ten-inch afro. Perhaps he wanted a better view of me folded under a hanging base cabinet door. No doubt, he was hungover from the night before still in the grasp of Lilly F-40 barbiturates, weed, sweet wine, and whatever mystery capsules we could push into our mouths at a West L.A. house party. We celebrated the dawn of a new decade, the 70s.

My head hurt, and Booker's voice rattled my brain like jets at LAX when, as a small child, my family parked underneath them ahead of the runway for Saturday night recreation.

“What the f…?” I said. I reeked like a skid row wino. “You woke me from sweet dreams about Connie——asshole.”

“Looked like a wet dream to me. Holding your crotch and moanin’,” Booker said. He was twenty, fancied himself a great dancer. He threw one leg on the kitchen counter, touched his knee with his head, and stretched his hamstring. “I’ve got to practice for the audition——let’s get the fuck outta here.”

I pushed to my knees, grabbed the counter, and pulled the rest of me up. Beams of morning's white sunlight punched through holes in the window shades over a kitchen sink full of rancid dishes spackled with rotted grease and empty bottles. I splashed lukewarm water from the faucet onto my face.

“You got bus fare?” Booker asked.

I felt outside my Levis pockets for loose change. There was none, not even a wallet, but there was a small packet wrapped in a scrap of glassine. Inside were two mescaline buttons and three gold-colored pills some bug-eyed guy in thick-soled buskins had handed me the night before in exchange for my last two bucks. "Indians use it, man—out in the fuckin’ desert,” he had said. “They have visions of all kinds of shit." He’d guaranteed the ride of my life. “Your money back if I ever see you again.” It wasn’t a total loss.

"Let's hitchhike," I said. To mollify my raging headache, for breakfast, I stuffed my mouth with a reddish-brown mes button, two gold pills, Cheetos, and washed everything down with a corner left in a Night Train Express bottle from the countertop. I rewrapped a mes button and the gold pill that was left. My heart leaped through my ribs, but at nineteen, I’m too young for a heart attack.

The fluorescent orange liquid’s vinegary bite stung my gullet and left a warm trail down to my gut.

Soul Train dance auditions were later that evening, and Booker needed to rehearse beforehand. More importantly, I needed to get to The Courts in Watts to cop drugs from my parking lot connection, surf Connie's sofa, and get some pussy. No plan B. 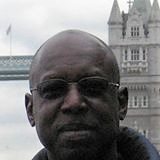