One of the Guys

By anybody’s standards but my own, I was a little drunk for my Wednesday night seminar, “He-ing and She-ing: The Politics of Desire,” when a boyish face and a crazy wave appeared closer than it appeared to be in my rear view mirror. It was my lover’s husband. Before I realized there was nothing else to do, I was out of the car, exhaust smoky and blue around my ankles to share a gloveless handshake. The initial pleasantries – the weather, the local teams – were out of the question. There was nothing for me to do but ask, “How are you doing?” Which meant what he knew already, his wife had left him.

She had told me her husband was back at the U taking classes, a self-improvement program occasioned I understood by her leaving him. I knew he had a class on Wednesday evenings and should have realized it was likely. if not star-crossed. we would run into one other. At the moment he materialized, I was warming up that evening’s lecture, loosely based on the theme “The Woman in Question” --with one half of the class reading Madame Bovary, the other Jayne Eyre.

I had first met his wife as a student in one of my classes more than ten years ago, slightly before he knocked her up – as she tells it -- and they didn’t quite have to get married but did. Years afterward she and I had grown into friends, then colleagues when she joined the faculty -- Nutrition and Health, with a part time appointment in Women’s Studies – and we began to meet for drinks after or night classes.

The wind picked up as we spoke, the snow went almost horizontal. Somewhere in the middle distance I heard the whirr of one tire stuck in one rut spinning meaninglessly. He said something. I said I knew what he was going through. Perhaps he thought that meant my being left by my own wife, rather than my knowing what his wife had told me.

The lot was filling up quickly now with worried students greedy and combative for the last few parking spots close to the Humanities building. Wrestling with over-stuffed backpacks, with the remnants of yet another fast food supper and thermoses of coffee large enough to have their own tides. As if having to go to school during the day isn’t bad enough, but having to go there at night, after work, could only be thought of as punishment for they all knew what.

Four parking spots away I heard the wrenching of gears as a woman in a rusty Escort jammed between forward and reverse trying to rock herself free without running over either the one guy in front or the other one behind. Both grunting and heaving, shouting at her things there was no way she could hear.

“There’s nothing to do,” I counseled her husband, “in a situation like this but give it up and go on.” I meant, of course, her, and I meant away.

As my lover predicted there was an email from him waiting for me the next morning, thanking me for my concern and for my being such a good friend to her. He also clearly implied I had heard things only from her side.

So then the problem, or the only one at that moment, was if I should answer him, how, and for exactly what?

Something appropriately ambivalent, perhaps, something one guy could say to another, something upon which two guys could eventually agree.

She didn’t want to know anything about all this so I didn’t tell her I didn’t say, I have known your wife for years in ways a husband doesn’t have to. What a burden is romance, what a chore, for a man whose mind is on marriage. It’s one thing to watch a woman fall in love with you, another to watch her fall out. It is, for one thing, much slower.

How much had my lover told her husband about me? Did he know my wife had left me to fuck some married shrink in town. Some single chiropodist or a renegade Unitarian Minister? Some any other guy from anywhere, some guy from beyond that? It is one thing for your wife to leave you for another man, it’s something else entirely when she leaves you for no one.

What I should have emailed him back was that Norman Mailer, who ought to know, says, “There are four stages of marriage, first the romance, then the marriage itself, then children, then the divorce without which no man can truly understand a woman.” What I should have said to him was … a thing like this is hard on everyone involved.

Neither of them knowing if even once or more than once they were at the same market, both with milk, bread and tampons in their baskets. Or were those couple of guys wasting a Saturday away in the Jiffy-Lube waiting room, both reading back issues, one of Time the other of Life. Or were they just two men drinking many nights alone, the radio low and distant, Bogarting the bourbon till the bourbon’s nearly gone.

"One of the Guys" was previously published in Carve Magazine, Nov. 2004 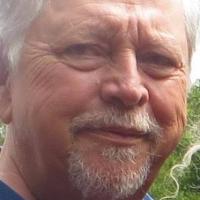 Bruce Taylor's short fiction has also appeared in Carve, Slow Trains, Vestal Review and in the following anthologies: Brevity: Bar Stories, E2ink-1, A Field Guide to Writing Flash Fiction, and You Have Time for This: Contemporary American Short-Short Stories.