Almost every Saturday night he comes in here, with that filthy beard and dressed in those old rags that seem to be the only clothes he owns

He drives a rusty white hovercar with a republican flag bumper sticker on it, that pisses some folks off but he doesn’t give a damn

Every Saturday night for the last decade, Obi Wan Kenobi walks into the Mos Eisley Cantina and drinks himself into a stupor while ranting at me and anyone else who’ll listen about how fucked up the galaxy is

“Ion power is gonna ruin the planet man, haven’t they learned anything?”

He drinks cheap beer, lots of it

He’s a veteran, he says

And once, when Sheila, the Twilek bartender from Yavin asked him about what he did in the war he got this look on his face I’ll never forget: that haunted hyperventilating look and then he started ranting about someone named Annie, then he started crying and I told him that if he didn’t wanna talk about it that was fine and later I told Sheila never to bring it up again cause everyone here has seen some shit and Sheila understood

Another time, some government folks, stormtroopers with that white armor and everything, came in and started asking questions about the bar, how long I’d been the proprietor (I told ‘em the truth: 20 years, inherited it from my uncle who swindled it from a Hutt and then had to flee the planet) but then they started asking about Ben only they didn’t call him Ben they called him Obi Wan and that was how I learned his full name

I lied and told them that he had been around for a while but left a few years ago, never told him about this, dunno if I want to

Sometimes he gets into fights on purpose and loses on purpose too, I know it’s deliberate because the one time he won he put three much younger guys in the hospital but a few times a year he pisses some good ol’ boys from the mining academy off and they go out to the parking lot and beat the tar out of him while he just lets ‘em

I know a few years back he got into a row with the moisture farmer Owen Lars over something to do with Owen’s nephew and some very nasty accusations were flung from both parties but again that’s none of my business, I’m just here to try and offer some of these people a sympathetic ear and a place where they can find a little sanctuary for a little while, I know this sounds like some naïve Cheers-platonism but I’m an idealist what can I say and while I’m at it let me be perfectly clear: the idea that we’re some kind of spiceden full of criminals and prostitutes is slander and I do not appreciate it

Ben’s one of those guys, I’d like to be friends, like genuine friends but I only see him when he’s either preparing to drink or so drunk he’s incoherent most of the time, not all the time but a lot of the time and after all this time I still don’t know very much about him, he’s very guarded

I think he drinks like that because he wants to die

I know that if I cut him off permanently he’d just get it somewhere else and do it in private, alone and somehow that feels crueler to me than my being the supplier if that makes any sense, and I know the Hutts still wanna run me out of business but I pay em protection money every month and it’s stupid but there’s people like Ben who need a place like mine, they need it and not just for the booze but on the other hand I suppose everyone likes to justify what they’re doing as some kind of higher calling even the owner of a dive bar on the outer rim

About once a year Ben stays till closing, maybe it’s the anniversary of something, the death of whoever Annie was is what I suspect, and I remember one time after closing I walked out with him into the desert because I didn’t want him driving home in that condition and well, he somehow convinced me to give him back the keys I’d gotten from him, not sure how he did that but it was the damnedest thing and I told him, “Ben what the hell is wrong with you? You can’t go home like this” and he said, “I’ll be alright” and I said, “You keep doing this to yourself, you are going to die” which he seemed to think was kind of funny. He got into his hovercar and said “not today my friend, not today” and I think it was the saddest six words anyone on Tatooine had ever said

Eight Frames From The Golden Age Of Monsters

Which was quite recently

Digging through the dumpster

The find of the century

Before that there was fog stretching out forever

We didn’t know where it ended

The myth of gravity

His son Lon Chaney Jr is mostly remembered as The Wolfman

It’s always that one role, like a black hole: the faceless and the bandaged circle

It swallows them eventually, the hairy face in the mirror

Has anyone else noticed all the dead birds lately?

I’ve never actually seen one drop from the sky

Their corpses litter the sidewalks

And vanish within hours

You never see what takes them either

In my dream I walk across the water like Christ

But very slowly, to a wedding at the end of the world

White and blue expanse, I ambled nervously like a satellite to some bright event

Sometimes the shapes of orcas and sharks fluttered beneath me

By the time I got there it was probably a divorce

It allows the intimation of a return, like clear glass not seen until impact

Are we flightless wolves or strips of amber film in motion?

Father and son blurred into a visage of light in time

We approach with something akin to nostalgia

I never lived through any golden age

Though they often seem to appear

Think of all the abandoned hotels and hospitals

That we could leave behind on Mars

There’s a hole in the center of the last century

Too late to plug it up, cease its gravity

They say that if you reach

Where there’s no light in the sky

And the children play in the streets all night

They’ll put your name in a star

Fly on phantom: sprout wings, give me a miracle

Give me something to howl at

I have some degree of apocalypse-fetish

I remember every face that I ever tossed away

The reflex circles the fire pit

“The ash heap of history” someone once said, probably while smoking a cigarette

Embering out slowly into smoke and distance

We take flight, blindly at the center

Curators of vicarious remembrance, fly on

So the golden age of monsters begins so slowly

Until they take off their masks

The other side of silver, luminous memory

Photoretinal burn marks in the lightless but only implied penitentiary

Scratch on the wall

Eventually they’ll let us out 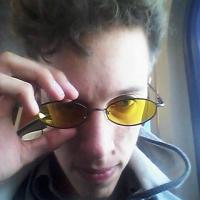 Nate Maxson is a writer and performance artist. The author of several collections of poetry, he lives in Albuquerque, New Mexico.