Robyn resembled Liza Minnelli and belted out a bit of “Cabaret” to anyone who would listen. I listened. She took a fast fancy to me in a bar one Saturday night, but when I learned she was nineteen I waved goodbye being thirty-two.

She persisted, even showing up at my twelve-year-old’s soccer games, pointing out how well they got along, and “Of course you do,” I would say: “You’re so close to each other’s age.”

Eventually I accepted her dinner invitation and overnighter where I felt trapped in the basement apartment of what turned out to be her mother’s home. The night droned on with her reading page after page of handwritten poetry and singing song after song. This was one of those escapades picking clothes off the floor and hobbling out while dressing the next morning. Her mother, to whose age I was closer than to Robyn’s, appeared at the front door glaring at me, arms akimbo.

Robyn was accepted to the Sorbonne, and I was delighted for her and relieved for myself. Her mother set her up in a pied-à-terre, and we said what I thought a final adieu by phone.

Letters from Paris arrived heavily perfumed almost weekly describing the Seine, cafés, even the cemetery where her beloved Edith Piaf was buried. The letters begged me to pack up my son and move in with her in Paris. One held open ended, one-way tickets I mailed right back.

Years later, yet another letter arrived. Robyn, teaching English in Albi, had taken up painting in her new atelier. She had also taken in a lover, Mathilde, who dazzled her having been a Moulin Rouge cancan dancer where Minnelli had performed. In this last letter, she jokingly referred to Mathilde as M’lover. She was her own mother’s age. 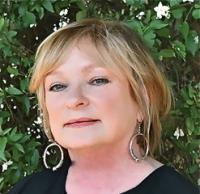 Andrena Zawinski is a poet, flash fiction writer, and shutterbug. Her flash fiction, always steeped in memoir, has appeared in The Green Shoe Sanctuary, Flashes of Brilliance, Ginosko, Pretty Owl, Oye Drum, Windward Review, Midway Journal, and others. Her fourth full collection of poetry, Born Under the Influence, and debut collection of flash fiction, Plumes, are forthcoming in 2022. She recommends Lambda Literary.

Frank Logan’s Flying Dream by Dan McClenaghan
"Not Another Broken Vet: A Sestina" and "Letdown: Pantoums" by Amy L. Eggert
"Flaming Scarves" and "This Is Not the Shallow End" by Amy Ballard Rich
"Power cord." and "Sitting by the Rivers of Babylon" by Carol Dorf
Seven Photographs, December 2022 by Charles Muir Lovell
"Foxed," "Nobody Wants to Die Any More," and "At the Burial" by Robert Knox
from "When Fire Splits the Sky" by Tyler James Russell
Ray and Sheila at the 99 by Gary Duehr
A Memorandum on Mortality by Chris Cooper
Wents, hads, givens an OPS to sirens (Open Poem Search) by Darryl / Dadou / Baron Wawa
Bloodstained Cigarette by Carrie Lynn Hawthorne
"Brain cleaning" and "All knickety-knack yakking" by Linda K. Miller
Unlikely Saints, October 2022 with Christine Kwon, Sean F. Munro, Jessica Kinnison, and Hank Lazer
"Conscientious Objector," "Empathy and Skepticism," and "Smolder" by Mukund Gnanadesikan
"An Erasure of Leigh Chadwick's Poem 'Utah Is a Documentary'" and "An Erasure of Leigh Chadwick's Poem 'The Last Poet Writes the Last Poem Before the World Ends'" by Leigh Chadwick
Stalked by Gary Beck
At the Doll Wing of the State Psychiatric Hospital by Kim Peter Kovac
"What Answer Will You Furnish, Poet?," "The Hunger," and "The Darkness" by Sujata Sahani, translated by Pitambar Naik
The Angel in the Wall by Mark Russo
Three American Geegaws by Clay Thistleton
"Trip microscope Materiality," "First Unendurable Papercut of the Season," and "Adage Abusing, [At Least] a Wounded Nerve" by Joshua Martin
Meltdown by Ethan Goffman
Solution by LC Gutierrez
"100 Ways to Splice, Dice and Slice (Spend) One Hundred Classroom (Personal) Dollars" and "when grammar is nothing more than rules of destruction" by Jen Schneider
"A City Shall Rise" and "Reaching for the Moon" by Joe Bisicchia
"Random Violence" and "The Dead Who Go to Market" by Dennis Formento
Crazy by Kurt Newton
"Freedom Defined," "Frank Rizzo Burns in Hell, Oct 30, 2020," and "Blunt-Force Commute" by C.L. Liedekev
Salt Water by Linda McMullen
Celebrating "Handling Filth: Simple Sabotage Field Manual" with Jared Schickling, Dylan Krieger, Té V. Smith, and Erik Bosse
Easter by Brian Stephen Ellis
'householes,' 'marine's young daughter,' and 'no one teaches girls' by Natalie Parker-Lawrence
"The Wonder Years," "Guidance Counselor," and "Confirmation Day" by Kyle Hemmings
sapphic pindaric # 25862 by David E. Matthews
"The Roar from Down the Road," "Waters," and "Shuffling a Deck of Melted Cards" by James Grabill
"Missing One Beat," "Peccadillos," and "A Disappearance" by Laura Winter
"Ain't No Sorry," "Where Camo Is a Primary Color," and "Poverty Mongers" by Mark Spitzer
Becoming criminal by Roy Duffield
Mylar Art, October 2022 by Mollie Thonneson
"Ongoing and Unresolved," "Thee People of thee Peopling Planet," and "Stone" by Rodger LeGrand