Florette read in her library book that if you make a wish on the night of a new moon you have seven days in which to bring it to fulfillment. So, on the night of the next new moon she waited until she was certain her Nan was asleep before she crept out of the house into the garden. She stared at the thin silver slice of moon in the black sky. It looked so beautiful she wanted to cry until she remembered why she was standing there shivering in her bare feet and thin nightie. She closed her eyes and wished for courage, brains and beauty. Then, recalling that she could have only one wish, she decided that her most pressing need was courage.

On Day 1 she put courage to the test by staring at three worms wriggling over the wet grass. Nope. No way. All that squashy slime and ooze. Each time she reached out her hand to touch them her guts heaved. At the end of an hour she got as far as hooking one on a stick before immediately setting it back down on the soil.

On the way to school she took her usual long route to avoid the six girls who called her Fat Flo, Foul Flo and Slow Flo. But inside the classroom there was no avoiding the teacher who called her stupid when she couldn’t answer a question and numbskull when she gave the wrong answer. She spent her breaks and lunchtimes hiding behind the coats in the cloakroom.

After six days of trying and failing to pick up a worm she despaired that there was only one day left before her wish for courage expired. If she let that happen there would be no way to prevent cowardice being added to the list of daily humiliations over her size, stupidity and ugliness. Even worse, her failure in courage would guarantee that those six girls and that teacher would erase her.

On Day 7 she took a box from her bag and laid it on the ground. She knelt on the grass close to a fat, red worm, gagging as she pushed one finger nearer and nearer until finally she touched it. Before she could recoil she picked it up between thumb and forefinger and dropped it into her other hand. She watched it wriggle on her palm and forced herself to think only of the new moon shining in the night sky. With that picture in her head she picked up six more worms until she had seven inside her box, one for each day of striving for courage.

Holding the box she hurried to school, this time by the short route that everyone else used. When the six girls spotted her they nudged each other and pointed, whispering together and laughing. Florette stared back at them, her fingers gripping the box. The girls were so disconcerted they couldn’t think what to do next. Florette walked on by, unmolested.

Later that morning, when the teacher slipped out of the classroom, Florette opened her box, picked up a worm and dropped it in the teacher’s cup of tea. Thirty pop-eyed children watched the teacher return and drink the tea. They watched her face turn the colour of dough. They watched her drop the cup and charge shrieking out of the classroom. One of the boys, Tommy, found the worm among the shards of smashed china and handed it back to Florette. It was still alive and wriggling. Florette returned it to her box. The rest of the class stared at her with different eyes.

When the Headmaster thundered into the classroom demanding to know who was responsible for this disgusting trick, thirty surprised faces looked up from their books. ‘What trick?’ Tommy asked. The Headmaster grabbed a ruler and poked at the broken pieces of cup.  ‘Where’s that worm?’ he yelled. ‘What worm?’ thirty voices chorused. The Headmaster strode out of the room, slamming the door behind him. Thirty children heard him shouting at someone in the corridor. Words like ‘Unprofessional! Undignified! Unbecoming!’ bounced off the walls.

On the way home Florette saw the six girls waiting in a line to prevent her passing. They wouldn’t be smirking like that, she reflected, if they’d witnessed the scene in her classroom. By tomorrow the whole school would know. By tomorrow the whole school would know about this next part too. She smiled at the biggest girl known as Meryl the Peril and took the lid off her box. She picked up a worm, walked right up to Meryl and dangled it in front of her face. Meryl squealed like a trapped rabbit and took off as though chased by slavering dogs. The other girls watched her go, mouths open in disbelief. They gaped at Florette who was now walking towards them brandishing the worm. The five girls vanished in a blur of screams and heels.

When she was almost home Florette opened her box and tipped the seven worms onto the wet grass. Fascinated, she watched them burrow into the earth. 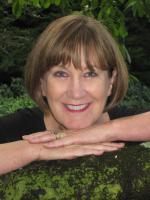 Sandra Arnold is an award-winning writer who lives in rural Canterbury, New Zealand. She is the author of five books including The Ash, the Well and the Bluebell, Mākaro Press, NZ, Soul Etchings, Retreat West Books, UK and Sing no Sad Song, Canterbury University Press, NZ. Her short fiction has been widely published and anthologised internationally. She has received nominations for The Best Small Fictions, Best Microfictions and The Pushcart Prize.  She has a PhD in Creative Writing from Central Queensland University, Australia. Check out her web site at www.sandraarnold.co.nz. Sandra recommends the Cancer Society of New Zealand.