A group of school kids—white, black, and brown—
Who had gathered one evening to play SPUD
On the school playground,
Suddenly got into a debate.
On a subject talked about without a break of late,
At home and on the TV day after day.
The kids had heard and seen the previous day,
A heart-breaking video of an illegal immigrant mother
From Mexico separated from her three daughters,
Under warrant of arrest by the police,
Forced into a van, taken away,
While the mother and the children cried
Loud enough to make any cruel heart melt.

The school kids began screaming and yelling in a way weirdest,
As arguments on the subject go,
Evidently, to test the power of their lungs
Relative to those of their parents and leaders of the state.

But where do we start?

Deport those born in the country
To parents who entered illegally years ago!

Good, their children,
The dreamers, can stay and become
Citizens one day after a decade or so,
If all goes well, if no charge made of smuggling
Of parents back into the country, etc.—
Is that what you are saying?...
The quality of mercy is never strained….

Don’t quote me Shakespeare!
Those bardic times are long over!
Those parents must leave forthwith,
And if they don’t voluntarily,
Deport them forcibly.
Mercy? To those who broke the law shamelessly?

Why not then set an inspiring example, then?
Let us who occupied the land
Displacing those who lived here
Long before we arrived here,
Accidentally on our way to India,
Return to our respective homes
In England, in Europe, and in whatever corner of the world!

Stop that crap! We built this country
And made it what it is, great again,
After losing the topnotch place
With our kindness and indulgence;
It is our country now, and our home!

Did those who came illegally
Or brought here against their will
Did they sit idly by
When we were building the country—
The roads, the bridges, the railway lines,
The homes our ancestors lived in?
Why go that far back?
Who works in the fields
And grows our vegetables and fruit today?
Who repairs the roads?
Who works on the railway lines?
Who collects the garbage?
Who builds your homes
And shopping malls?

Oh, how did we get into this never-ending debate?
Why not let the grown-ups waste their breath over it.
Let’s go play!

A boy was quickly chosen to be in the middle of the field,
Others stood circling It with a ball in the center
Which he threw straight up in the air
As others ran away from It before he caught the ball
And shouted SPUD, and others stood frozen at the call
It took three steps and threw the ball at one player
Who tried to dodge the ball without movement of feet;
Hit, the one hit received the letter S;
Not hit, the thrower It received the letter S.
Thus the play continued until a player received all the four letters
In the word SPUD and got out of the game.
This went on until one kid was left
In the game to become the winner.

SPUD started again, with spectators now joining the game,
—With no restrictions on numbers who could take part,—
The rest of the nation gradually, the people of the world eventually! 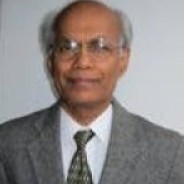