by Robert A. Schaefer, Jr. 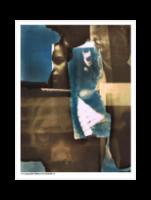 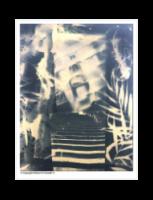 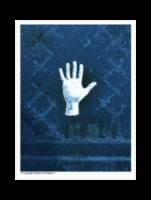 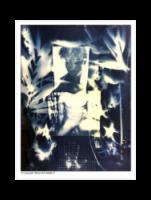 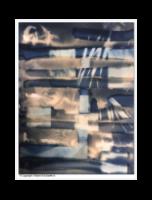 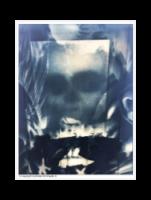 The Dictionary of American English defines Identity as who someone is; the qualities which make him/her different from other people.  This series of images uses body parts including those of gender and gender alteration in its focus on the subject of Identity.

Robert A. Schaefer, Jr. began learning about photography while he was studying architecture  at Auburn University in Alabama, his home state, and continued to do so at the Technische Universität of Munich, Germany.  In photography he became a visual explorer in love with layering with his work focusing on a prominent interplay between spatial planes and a central image.  Visual layers are then added to that image with each layer being clearly visible but at the same time transparent. The essence of each image makes it unique – a frozen moment in time.

While still in Germany, Schaefer had one-person exhibitions in the Amerika Hauses (the cultural part of the American Embassy) in Munich, Hamburg, Hannover and Frankfurt as well as Kulturhaus in Graz, Austria.   In 1999 – 2000 he had a 25-year retrospective at the Huntsville Museum of Art in Alabama. Curator Peter Baldaia described the city images in the exhibition catalogue as “formal abstractions of the urban landscape.”

The cyanotype was invented in England in 1842 by Sir John Herschel three years after the discovery of the Daguerreotype.  Lyle Rexer in his book Photography's Antiquarian Avant-garde (published by Abrams in 2002) commenting on Schaefer's cyanotype says, "The work of former architect Robert Schaefer marries the process to a Machine Age aesthetic of urban geometrics and industrial technologies. Schaefer also reverses himself with a blue neo-impressionism; images that might have originated in the Photo-Secession and photography's embrace of painting."

In 2010 Schaefer had exhibitions at the Goethe-Institut/Max Mueller Bhavan in Delhi, India and the Government Museum and Art Gallery in Chandigarh, India of images he took in India in 2009 and printed with the cyanotype process.  In 2013, he spent the month of June in Can Serrat, a residency outside Barcelona, Spain producing cyanotypes of photographs taken in Barcelona. He was awarded an Honorable Mention in the Fine Art Category in the 2014 Moscow International Foto Awards. Schaefer taught photography for twelve years at New York University before he moved to New Orleans, LA in 2015. In 2015 the Jule Collins Smith Museum of Fine Art at Auburn University purchased one of his cyanotypes for their collection, and in 2016 one of his cyanotypes was selected for inclusion in the Alternative Photography Exhibition at the Lightbox Photographic Gallery in Astoria, Oregon. His image of a Southern Plantation House was part of a group exhibition at the Brickworks Gallery in Atlanta, GA in 2017, and in the same year he was included in the group exhibition “Art Through the Lens: at the Yaiser Art Center in Paducah, KY,  He still teaches Cyanotype Workshops at The Penumbra Foundation/Center for Alternative Photography in New York City, and In November 2018,  he instructed a Cyanotype Workshop at the New Orleans Museum of Art.  Also, in 2018 he was awarded second place for Cityscapes as part of the exhibition at the New York Center For Photographic Art, New York, NY.  In January of 2019, Schaefer was a guest teacher at the New Orleans Center for Creative Arts and part of a group show of five guest artist/teachers at the Kirschman Art Center within the NOCCA Institute.  Later this year, Schaefer was awarded an honorable mention for “The Photographic Nude” shown at the Lighbox Photographic Gallery in Astoria. September 28th was World Cyanotype Day, and to celebrate it, Schaefer was one of the instructors who helped over fifty workshop participants make their own cyanotypes at The Healing Center in New Orleans and many of these cyanotype flags are on view in The Healing Center’s lobby through March 1, 2020. 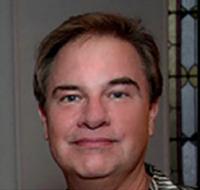 Robert A. Schaefer, Jr. is represented by the Domeischel Gallery in New York City. Check out his web site at http://schaeferphoto.com/.