"How to Build Your Own Underground" and "Ambulance, Shot and Chaser"

How to Build Your Own Underground

Sit straight in the salon chair, sleeker and more
Refined than the barber’s chair in your hometown
And ask for it, the hairstyle worn by the Russian
In Rocky IV. Ten minutes later and the Neva
Crossed, the voices in Italian swap back and forth
The password to enter another county. “Ivan Drago? Ivan Drago.”

Take a sewing needle—a safety pin’s too thin
To push through cartilage—and hold it
Over the shaking flame from a lighter you’d used
To light kindling first, then twigs, then small branches
In the scout’s patient way. That black skin revealed
The flame reveals on the needle, it’s corruption. Wipe it clean
Before you push it through one lobe, whichever side
Means you aren’t gay. No one is certain.

That army surplus jacket you bought when the romance
Of service fit like the sweet breath of vets soused in alleyways
Looks too real and present now, with soldiers called up
And heading to the desert. Soak the jacket in red RIT dye
In a university wash basin. An hour later, you’ve stained
Everything red, your jacket, the basin’s zinc sides, the chamber
Of the dryer that spun the liquid out and left behind
Something new you could wear, and the next weekend,
Paint in magic marker and white-out an inverted pyramid.

Every time you did it, you thought, this time
It will work, you’d step over the boundary that separated
You from the people you wanted to be with. No more
Would you be stranded with the same people you’d been
Fleeing since you made your first decision, a haircut
You (didn’t) know would confirm what everyone else
Already knew. You weren’t like them, hadn’t been,
For years. Ten years and still looking for the people like you.

Mix the chemicals; stretch the plastic gloves over your hand,
Wear an old towel like a cape in front of the bathroom mirror
Of a girl you wanted to sleep with. How would she take it,
The smell of ammonia in your noses, the snap of the shower
Cap tight enough to pin back your ears. You got her to admit
yours wasn’t the first Hair she bleached; you were the first
she let tip The tip of the dye bottle against her scalp, to draw a line
Across her forehead. Forty-five minutes later, she was looking
In the mirror trying to recognize herself. You knew her
Already. She’d come and found you on your own side.

America is a strange woman lying in the street,

On its way to an emergency. One of the EMTs, Ed, can’t stop

Calling them service calls because his day job is high end

Retail. I can’t stop laughing at it, however many times

I hear him say it. By the time we get to the scene, a domestic

Drama, the wife who shot her husband after who knows

How many threats to do the same, is tipping the end

Where the long-promised bullet kissed. We don’t

Have anything better to offer them, so Ed asks

If they’re happy with their current TV. I’m writing

It up in our log and planning how many more calls till we need gas. And

The strange woman America dusts herself off.  Again. She’s unhurt,

Reason enough, she figures, celebrate and see a horse about a drink. 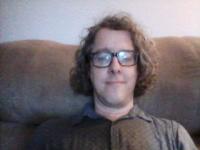