If anyone had wasted time asking, they would have learned that Hopper House still lay vacant and abandoned to bats and field mice, almost as useless with the doors hanging off their hinges as it had been when it housed the Institute of Politics that bore its name for twenty-five years. Shut down by SUNY Albany, the school with which it was loosely affiliated, when its irrelevance to their big expansion plans became clear, and for wasting the minds of graduate students. The latter included Mark Vance, washed-out refugee from a political consulting career that crashed and burned after managing three losing campaigns in a row. Vance could have yammered for hours about the staggered looks on peoples’ faces the night his last client, Rep. Valeriano conceded the race; could mention flop sweat, nine-hundred-yard stares—truthfully, these existed mostly in his head. In reality he simply sat, catatonic, in a folding chair while the crowd shuffled out and TV crews unplugged their gear, hating how they ignored him, hating even more that he deserved it.

Not that he ever stopped analyzing of course; what can a campaign consultant do except analyze? The only thing unifying those three campaigns was his gift for misunderstanding western rural voters as well as he did midwestern suburbanites, along with everyone in Texas. By the time the cleaners began stacking chairs he decided his failures might hold a valuable insight into America’s political illness, his losing campaigns perfect subjects for case studies. He’d go to school, learn political science, dispense wisdom. Belching up the Fresca he’d been sipping, he began composing whole paragraphs of an application essay in his head. There was work to be done and who better qualified to do it?

The Hopper Institute of Politics quickly stripped Mark of that illusion, then Columbia County New York, where the Institute resided, did the same, but slowly and with infinite patience. Columbia sits on the right bank of the Hudson a few miles south of Albany and is peopled with little villages founded more than a century before New York was a state or the United States a country. Everything here seems ancient, as though the manorial landholdings of the Livingstons and the feudal Dutch patroonships never gave up the ghost but continue to hold places like Stottville or Blue Hill or Linlithgo under their spell like morning mist that never burns away. In Sophronia, the old New York Central tracks slice across Hudson Street at such an oblique angle that the property in between them must have seemed unbuildable. Early in the 20th century, where road and tracks meet, someone put up a three-story red brick building with a cornice around the roofline. On top of that, for no discernable reason, a clock tower topped with a gilt weathervane jutted bravely into the sky, hands stuck at 11:43. A.M? P.M? Of what year? If you crossed some of the rolling uplands at sunset, you could see little hummocks outlined against the carpet of green, rumored burial grounds for the slaves who died here before the Legislature enacted abolition in 1799.

The Institute had only one faculty: Professor Hopper and only one building: Hopper House, the ancestral family mansion, the oldest parts of which went back to 1808. There was drama in the way the House sat starkly alone with its federal-style façade at the base of the wooded hill that reared up behind it. The Doric columns were cracked and weathered by two hundred winters. Knowing the Institute’s reputation for rigorous, data-based research on the rise of political parties in early America, Vance saw a few years of donkey work, as a research assistant, on stuff he didn’t yet grasp as a fair trade for sharpening his political acumen against the whetstone of Hopper’s mind.

Hopper demanded nothing from his students but simple, monkish dedication. Meeting him in the library the September day he arrived, Vance observed shelves lined with hundreds of buckram-bound volumes of election returns from New York State. Volumes for 1812, for 1813, 1814. Pages of numbers representing Congressional races, races for state Assembly or Governor. 1860, 1861, 1862, 1863. Everything sorted by county, by election district, by precinct. 1917, 1918, 1919. Rows of black print, columns of figures. Confused, Vance looked around for biographies, theory. There were only the numbers and Hopper, glowering at him, with his creased face, his elegant dark suit and his cigarette.

“Shall we begin, Mr. Vance?” No welcome, no greeting, he just opened a volume on the table. “These are votes in the presidential election of 1920. You can find returns for the state legislature in this volume here. Why don’t you look them over and tell me what happened over the next two years?”

Turning the pages, Vance saw winning tallies for Harding, lower numbers for Cox. Beyond that the numbers blurred. “Republicans definitely did better in ’20 than they did in ’22,” he said. “In some areas. They caught fire, then they smoldered out. Is that it?”

“Look here.” Hopper put down his cigarette and turned the pages. “The pattern of Republican support begins in the central city. Four years later it’s on the rise in the surrounding countryside. Two years after that—” He scanned the columns with practiced ease. “—the swell of Republican support in the city begins to subside but the upsurge in the country remains till the New Deal. Explain.” 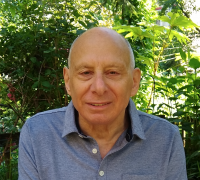