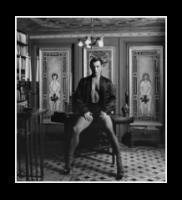 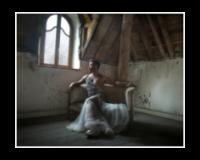 My photography is inseparable from my life. I work in a collaborative style and the portraits of my friends and community have always reflected the energy, rebellion and passion for social change that swirls around me. I express my personal feelings and values with art that is driven by a desire to address social justice issues.

The portraits in HE-SHE-THEY showcase gender-neutrality and my two-decade artistic collaborative relationship with French performance artist, Fred Koenig. HE-SHE-THEY celebrates the right to self-identify anywhere along the gender path. An individual's gender embodiment is not fixed, and can change throughout one's life, or even throughout the day. HE-SHE-THEY is a photography project in praise of sexual bravery and breaking the straightjacket of imposed identity.