I am not about to reveal the nature of bitter struggle in my head, certainly not the identity of fighters, but the fact remains that I couldn’t get a wink of sleep that night. At the gong of five thirty, the last quota of my patience evaporated. I packed two tomato sandwiches, some salted banana chips and a jar of lemon jelly in my shoulder bag. In fifteen minutes I was out on the road, driving my bike at a steady 70 km per hour. It was mid April but the sun was barely up. The cool morning air felt good on my face, my limbs. I purchased a mineral water bottle on the way and drove straight on as if guided by some inner compass.

Two and half hours on the deserted, single strip tar road and I reached the lake. I knew my way around here, especially on weekdays. There were no people beyond the check post. I parked and walked towards my favourite spot beyond boundary of the lake. This was largely uncharted area. Acacias, Neem and giant Peepal stood on their century old grassy ground, their trunks thick, brown and cracked with age; their angular arms locked with each other and morning wind whistling through their fragrant, moist leaves. The sun was up now, the clusters of sparrows and koels flew here and there, making a pleasant racket, as I passed under the thick canopies of trees. Mindful of the occasional beehives on the branches, and soft anthills on the ground, I walked further than usual. I kept walking till there was nothing but trees around me, sunlight barely making it to the ground under the dense clumps of leaves. I could have walked more but the brisk walk on the uneven terrain made me sweat. My limbs felt overstretched and my stomach felt hollow. I can use that sandwich after a nap, I thought. I tossed my bag on the ground and stretched myself on the cool, thick grass. I placed my kerchief on the face and closed my eyes. Dark shapes whooshed and whirled in my head. The previous sleepless night had its say now.

Maybe half an hour, maybe an hour passed away before I woke up with a start. My skin tingled all over as the whole world seemed to stretch away into quiet, dizzy distance. There was no sound except the birds chirping overhead. My throat was parched. I swallowed hard. Water, I reminded myself and pulled out the bottle. Even before I could look up, I felt a strange, unreal presence; my back felt rigid, my stiff fingers sweated around the bottle. A cold shiver passed through me and I could hear my throbbing, uneven heartbeats. No matter, I let the moment pass and turned my head up and around. Very slowly.

He sat there, about fifty feet away. He had the same build as mine. He wore the same red and white checked shirt without collars. His patched jeans as dirty as mine. Same canvas belt as mine. Our shoes were identical Reebok, right down to fluorescent laces and a torn left sole. Without losing him for a blink, I picked up my glasses from the ground. He did the same. I touched my itchy earlobe. He had to do the same. I tried to scream but couldn’t make a sound. As I adjusted my glasses, he adjusted his. I felt dizzy and unreal and out of this world. My hand fell to the ground for much needed support. So did his. His dumfounded expression forced a nervous smile from me - same on his face! I remembered the water and drank half of the bottle to calm my nerves. So did he. Feeling idiotic and nervous in the same breath I waved at him. He did the same.

“What the hell,” I muttered to myself and got up. I stretched myself and took a slow, deliberate step. Then another step. I started walking towards him -- or towards ME if you can believe. Twenty odd paces and we stood facing each other. My eyes levelling with his eyes, my chin with his chin. My nervousness forced this typical gesture - I ran my hand through my hair. He mirrored my movements. I walked a step back ward. He did the same. Finally, I lost it and snapped.

“Stop that. Stop doing what I am doing.” I barked and stood my ground.

“Sure,” he said. Unlike mine, his laughter was smooth and spontaneous. He stepped forward. I did the same.

“Are you ready?” he asked in my shrill, challenging voice. The tables seemed to have turned; he sounds nervous, unsure, I thought, but it was probably a mistake on my part.

He picked up a sturdy looking dry branch and drew three circles on the ground between us.

“Circles, so what?” I had regained most of my bearing. My confidence was back by now.

“Hmm,” he grunted with a superior air and spread out his arms as if to catch the sky. He grabbed a fistful of morning air and produced a shiny gold coin in his palm. Another hand, another fast flourish and he revealed a pink toy heart throbbing with life. I flinched a step away. He fell down on his knees and placed the coin and the heart in separate circles.

“Pick one of these three.”

My trainee charter accountant brain did some quick math with the current gold price. The coin was thick enough to take care of petrol, food and occasional hotel stay for my across-the-state solo bike trip.

“What’s the deal with the pulsating pink heart?” I looked into his eyes.

“That belongs to any girl you want.”

I decided to play it dumb. “I don’t understand.”

“I can explain,” his eyes narrowed as he paused to inject some quiet drama in the moment. “You touch that little heart and any girl of your dream is yours, in every way you want her to be. Friend, girlfriend, sweet heart, live-in partner, wife, soul mate, etc, etc, etc. Any label you want.”

My mind went into a temporary hormonal overdrive. I thought of Suzy Parson, my boss’s thirtyish, smart, tough, single, catholic secretary with a flair to show off her black bra straps in the most original ways. Loyola – our society’s official sex symbol and driver of her own tomato red hatchback; daughter of the Rotary’s vice president; labelled “unachievable” by my college friends and foes; someone I would spy on every morning from my bathroom window or from parking space as she vroomed out in her red torpedo. Or the inimitable and unpredictable Prinzy Kotak – the pint size tart with smooth tongue, razor sharp intelligence and matching fashion sense who switched her tracks recently from being CA intern in my office to hallowed halls for an MBA degree.

His sharp voice brought me back to the ground.

“Made up your mind yet?”

“What about the third. That circle is empty.”

I felt calm and uncluttered. There was no need to hesitate anymore. “Last. The empty one.”

“We won’t be meeting anymore,” he smiled an unfamiliar, serene smile as we shook hands. He locked his eyes with mine for a long moment before releasing my hand.

He walked away into the distance and blended into dark green of deep unending woods. I took a deep breath and finally dared to look down on the ground. There was no gold coin, no pink heart throbbing with life.

I rubbed out the empty circle I had drawn and walked out of the woods. 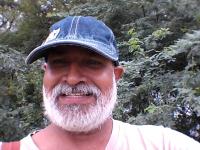