“As oil had its Rockefeller, literature had its Stratemeyer,” wrote Fortune magazine of Edward Stratemeyer (1860-1930), a New Jersey high-school graduate of entrepreneurial genius.  He began writing to kill time while working in the family tobacco shop, where his brother was his boss.  Stratemeyer produced about thirteen hundred books, but what he’s known for is inventing the boys and girls series, the Rover Boys, Hardy Boys, Dana Girls, the Bobbsey Twins, Tom Swift, Nancy Drew.  He made careful note of what sold, solidified and stuck with the formula.  He calculated his marketing strategies, like making the kids’ books look just like adult ones.  He organized industrial-style mass production.  Not for nothing did his first employee, Charles Leslie McFarlane, dub him “the Henry Ford of fiction.”  But unlike Ford and Rockefeller, Stratemeyer kept his name out of the public eye.  Instead of becoming a celebrity, he became a syndicate.  A syndicate doesn’t have a mustache and isn’t driven by sibling rivalry, just simple greed for staggering sales.  If it had a soul, the Stratemeyer Syndicate would have that of an insatiable slave driver.

Stratemeyer hired generations of hacks.  They wrote under pseudonyms known to millions of children.  The kids pictured these authors’ handsome faces, imagined their happy, fulfilled lives.  The pseudonyms weren’t pen-names.  Those are for individuals.  What Stratemeyer pioneered was the house name.  The Nancy Drews were written by Carolyn Keene, The Bobbsey Twins by Laura Lee Hope, Tom Swifts by Victor Appleton.  House names were always WASP names, the kind agents used to pin on ethnic actors.  The best known of Stratemeyer’s house names is that of the author of the interminable Hardy Boys series, Franklin W. Dixon.

Stratemeyer’s books were deplored by many, including the head of the Boy Scouts.  The Newark Public Library banned them in 1901.  Stratemeyer’s response was famous among the staff for being succinct, smug, and to the point:  “Taking them out of the Library has more than tripled sales in Newark.” 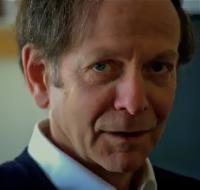