Of breakers, the tide rolling in, a starfish.

You are so distant, yet within me
you speak through my lips?

The obsidian walls are carved with ancient alphabets.

And I was a fool, not to leave, not to dance on a bed of crimson leaves.

But we are singing the very songs we have written.
It was so easy, and we wrote with such trust.

The cuneiforms are shedding light at 4 A.M.

Crescents shining on the ocean's onyx/indigo.

It was as if we smiled, your hand on mine, but
then became serious.

And we took strength from mere light, mere water, mere melodies
chanted in quiet devotion as the first star laughed over the dogwood.

A Hand That Bandages The Living

Cloth of rushes, stars falling in a laser trajectory, the lips that don't worry anymore.
I could also bring a blouse of rose petals, linens of a Kohane, a sacred bone.

Weaving of crickets who mourn the loss of rusty stones, and raise a plaintive lament
to the hands that inspire children to dance in hidden rooms.

You could be one who removes the stain of great grief, sobs open in the field of agates
which gave birth to quetzals and parrots.

Guaze of stars, cloth of grasses used by the mystics hidden in caves by the dunes of Safed,
you could be one with a glass eye, a hand that bandages the living, who rise

From the apartments in cities of rosettsa stone, and clap as to a Halleluyah
and there was the one friend who understood all this, standing by an indigo waterfall 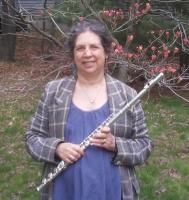