Susan had seen several women pass through the door marked ‘Femme’, and other women come out, but always different women. She was curious. Perhaps there was a back entrance, she thought, known to local patrons of the café. She mentioned this to her partner Rob but he was engrossed in his phone and seemed not to hear her. The toilet door opened onto an anteroom with hand basins and mirrors, a further door gave access to two rows of stalls, but she could see no exit other than the way she had come in. Each of the stalls on the right had a small screen on the door displaying images of women’s faces. Susan recognised one of the women she’d seen come in here but not return. What went on here, she wondered. If she entered the stall would she become that woman? She thought about Rob and then about who might be waiting for this other woman to reappear. Who had she abandoned? Returning to the dining area five minutes later she looked hesitantly around the room. Rob was still glued to his phone. On the other side of the room a woman with short blonde hair looked up and seemed relieved to see her. Susan walked over to her. ‘Are you OK?’ the blonde woman asked, a look of concern on her face. ‘I was beginning to think something had happened to you.’

The dentist’s waiting room was empty so I took a seat by the door. I had just registered at the practice and was wondering what the dentist would be like. Over by the window was a large aquarium, similar to a tank which stood in the waiting room of the dentist I was taken to as a child. For years the sight of tropical fish had brought back the anxiety I’d felt waiting for him to drill my teeth. Something metallic gleamed in the gravel at the bottom of the tank. I walked over to investigate. Gazing through the glass I realised that what I had taken for gravel was in fact a mass of broken teeth, the silvery objects pieces of amalgam, fragments of old fillings half-buried among the shards of tooth enamel. Several fish with lurid green stripes were browsing among this debris. While I was watching them the dental assistant came in and tipped the remains of a couple of decayed molars into the aquarium. ‘Sorry to keep you waiting,’ she said. ‘The dentist is ready to see you now.’ 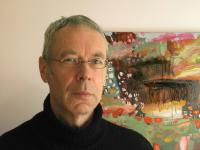 Simon Collings lives in Oxford, UK. His poetry, short fiction, translations, reviews and essays have appeared in a wide range of magazines including Stride, Fortnightly Review, Café Irreal, Litter, International Times, Junction Box, The Long Poem Magazine, Ink, Sweat & Tears, Mercurius, The Ekphrastic Review and Journal of Poetics Research. A collection of his prose poems and short fiction, Why are you here?, was published by Odd Volumes in November 2020. His third chapbook, Sanchez Ventura, was published by Leafe Press in spring 2021. He is a contributing editor at The Fortnightly Review. More information at: https://simoncollings.wordpress.com/. Simon recommends the Woodland Trust.