“Oops, sorry, didn’t mean to bump into your cart—oh—hey—I didn’t expect to see you here.”

“Of course I don’t wish I hadn’t. We can still bump into to each other. And talk. Like this. Like we are right now.”

“Him? The guy I was just talking to? He’s the Black guy that moved in a few months ago, straight across the street from me.”

“He seems OK, nice enough, all things being equal. I see him talking to the other neighbors, not so much with me yet, so I don’t really know him that well. Probably the flag. They still don’t get it. Gave him a couple of cartons of boxed milk though.”

“Just now. Sort of a ‘welcome to the neighborhood’ gift. And to get on friendlier terms, not that I’m looking to be best buddies, nothing like that, just civil . . . that’s it, yes, civil.”

“He yelled at me the other day. First time we really spoke, before today that is.”

“Damned if I know. Just stuck his head out his front door and started yelling at me—and Annie.”

“Who know? Those island accents can be hard to understand.”

“Jamaican maybe. Who knows? I do know I got Annie out of there fast enough.”

“Nope, didn’t say a word back. Just turned Annie around and got out the hell out of there. No telling what a guy like that’ll do, you know what I mean?

“I mean his type. The accent. From the islands. You know.”

“Oh, you heard he was English. Interesting. Maybe so, maybe so. That would explain the stick up his ass—“

“I don’t think I’m so quick to judge. Not at all. Have you tried these? Dried apricots. Last forever. Don’t pay attention to the dates—no pun intended.”

“No I’m not trying to change the subject. I mean, if I was so quick to judge why’d I let you keep it going?”

“Listen, I was the one that broke it off, sweetheart—“

“All right, I’ll give you that one. Hey, we should keep our voices down.”

“What do mean, keep my voice down? You were yelling, too.”

“Jesus Christ, you don’t half to slap them half way across the store. This is why I ended it. This right here. This kind of shit.”

“Does it really matter who ended it, as long as it’s ended, I mean.”

“No, I still haven’t told Marnie.

“No you won’t. I will. When the time’s right. You know how Marnie can be.

“OK, all right. Move. Let me pick up those peaches. I’ll tell her this week, sometime this week.”

“Now we both know that wasn’t necessarily a lie.”

“Because I’m human that’s why. And what’s with all this ‘you’re lying’ today. First the Jamaican and now I’ve got to hear it from—”

“Englishman. Jamaican man. What’s the fucking difference? He is what he is. You’ve seen him, I’ve seen him. Bottom line—he just sounds weird. Uppity, better than the rest of us with that whatever-the-hell-it-is accent.” 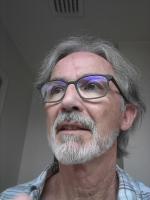