After Brecht, the Wreckage

They won't ask: why did the ice flow so harshly?
But: why did you not recognize lies?

They won't say: how did the snow lie on the streets?
But: why did the lie so beguile?

They won't ask: how loud were the feet on concrete?
But: how did the poison taste when imbibed?

They won’t ask: when does the rain bring anguish?
But: who were the leaders inciting the mobs?

They won't say: how lovely the litter clogs in the gutter.
But: how was sedition fobbed away?

They won't ask: where in that time did you find rest?
But: which side were you on?

They won’t ask: what was the sound of liberty as it fell?
But: why were you silent?

A dune mat’s invisible on a crystalline night
floating far from shore and lost among icebergs
in a soft horizon, stars scintillating a mirage
to mariners that sail in a cold crown of air.

The key, sir soothsayer, is to see a murmuring
part in the art, a profound complaint that ain’t
found in a galley on gallery night. You can thumb
at a mayor, but ah! It’s shake-shock on the sea,
come see! A bully con’s deviance barks in a barque,
and a dune mat’s invisible in a cauldron of air.

Insanity sonnet: Signs of the Times

a feat’s afoot. Look!
to Nova for the bright star we are. Imploding. No
illusion in time. No relative, cousin, on the idle side.
fear is a format. funk is a friend. map your destination.
follow the north star or choose the southern cross.
Belt a high Yawlp over Orion’s belt, orient by Betel-
geuse, a boatswain’s bellowing, Pump the bellows!
There’s a hole in the hull! And she’s coming about!
I’m imagining sailing, or soup. bone soup.
and I’ve burned my hand. it’s Father’s Day,
I’m farther away than yesterday. It’s 4:00 a.m.
I can’t get Betelgeuse out of my mind, orange
gyrating in space. shape-changer. wake-maker,
time is not on our side. Ointment, Lenny says, that hand! 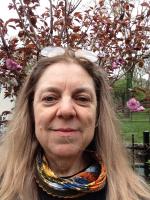