Sweeping the movie theater. Getting it ready for the next show. And all along the shakers were doing their malfunctioning thing, vibrating too loud so that you could hear them nonstop, a steady, rapid eheheheheh that filled the what should’ve been silence with their aggravating noise pollution.

“I’m so sick of them,” Ross remarked to Hermela, the other person helping sweep.

“I was trying to watch Apocalypse Now the other day, when we were showing it. I can’t take these shakers rattling away any time there’s supposed to be a quiet part in the movie.”

Exactly, Ross said right away, and it’s like they were supposed to be this premier, elite theater with the best experience in the state and now these shakers were going off, ruining everything.

“I tolerated it for the past three months, and now—like that—I’ve hit my limit. I won’t stand for it,” Ross said. He cringed as he grabbed a soda cup, barehanded, because he wished he wasn’t too lazy to put on latex gloves, and took it to the trashcan.

Here is what the shakers do. They’re some kind of speakers, like the size of tweeters, over a hundred of them for a screen of their size, that vibrate constantly, serving the purpose to shake the screen so as to dispel the light that hits it so that the viewer doesn’t see…something…. The projectionist had explained it to Ross before (twice, if he was being honest about it), but he still didn’t quite get it. They served a purpose. They needed to be there. But when the speakers ripped—and this was the problem—when the shakers ripped it left the material flapping about so it became audible, and the more of the shakers that ripped, the more the volume increased, so it would keep getting worse and worse with dozens, then thirty, then sixty, broken at the same time and all along the noise would metastasize. The projectionist had told Ross about it. Back and forth she had sent emails with the IMAX people trying to figure out what was wrong, why they broke with such a high frequency and how they could not only fix it but fix it so it wouldn’t happen nearly as often.

“We have to do something about it,” Ross said to Hermela, who was four rows away, finishing. “I know. We do,” she said back. 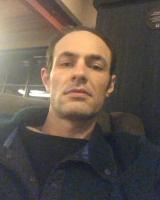