Poems need not pretend to be poems.
Those days are over.
​Poemchat, listicles, recipes, slide shows, cat videos . . .
Anything goes.
Another thing, poems can either mean or be.
In the language of graphs
To mean is an edge, to be a vertex,
Just like time is an edge
And a photon a vertex.
Poems will mean whatever they will mean
And poems will be both infinite and ubiquitous.
Once we fully understand the mechanics
Of quantum consciousness,
We will finally be able to prove that humans
Create poems at rates
Of between 40 and 120 cycles (i.e., poems) a second.
AIs on the other hand
Will have no computable upper limit
On the number of poems
They create per second.
Despite all this
Some humans will continue to create poems:
Poems about being born, living and dying,
About what they love or hate about the world,
About things that are important to them,
Hoping that others, and that includes AIs,
Will find those things important as well.
Poems filled with the words:
Time, love, day, light, night, woman, man,
World, long, eyes, life, water, hand, white,
Air, body, dark, face, dead, heart
Years, left, god, sky, sun, wind.
I know this because I googled
“most used words in poems”.
Woman was not in the list
So I added it. I get to do that.
So does everyone else.

I dreamed I was being chased by a robot dog
or maybe it was a deer or a
You can weaponize anything—I mean anything:
a butterfly, a ballet, a baby.
Maybe it was a robot human
vivisected into a robot dog.

Whatever it was it ran on four legs
except when it stood up to climb
or make hand gestures,
or stood on its front or back legs
to use its back or front legs and
hands or feet or feet or hands—whichever,

to do things only a robot can do.
There was no escape.
Even though I have a secret superpower
in my dreams—I can say to myself,
“You are dreaming,” and instantly I wake up,
the robot somehow saw it coming &

Standing on hands or feet
with its mouth or ass it said,
“You are not dreaming, Bob,
or whoever you are. This is real—
now stop running, close your eyes,
stand quietly and let me do my job.”

It is too soon for death. I still have:
most of my teeth, half my hair,
many poems inside me left; unlike
others with hope of a Pulitzer, I am:
Irish/Scotch/English/Mexican/African at a time
when muttigree counts for something, yes?

Ambition for a warrior poet
is madness; more manliness perhaps,
since under the best conditions
you will either be one of 1847
previous winners in the year 3768
if times still exist     even, if not, sic vita est.

No muse in sight, I make do
with handmade rope artfully hung from
a pull-up bar in the doorway, its tender curl
an earring stolen from a giant goth girl—
we drank, ate cheese toast on a mountaintop
strip club, bare chilly memories . . .

It always comes down to this
in these the deepest hours:
lust and love in that order.
Lust for a face and a body, imagined or not:
perfect, flexible—afterwards love;
maybe not, probably not,

not in dreams, not words and eyes for years,
wrinkles in time, new faces, new maps of the world
and hopefully someone to say “Goodbye”
as opposed to “Adios motherfucker!”
“One down, six billion to go,” or something
even worse, while I lie and can/can’t think. A think.

In Case of Dementia: How To Read A Poem

Never pause for more than eight seconds between words.
If you do tell a joke.
Say this is a long poem and start over.
Start at the top and go to the bottom.
Read left to right and pay close attention to the vowels.
Forget that. Forget the vowels. You will be fine.
Try this. Frgt th vwls.
See. It still works.
Print two copies of the poem and put them in a folder.
Print a copy of this poem and put it in the folder.
Bring a pink marker and a yellow marker.
Use the yellow marker.
Mark through the words as you read them.
Pay attention to the words.
It is ok to talk.
It is ok to forget what you were doing.
If you lose your place start over.
Do not panic. Relax. Smile.
Use the pink marker.
If you forget again get the other copy of the poem.
You still have two more tries.
If you forget try again.
If you forget again get the copy of this poem.
The one without any yellow or pink on it.
Read this poem out loud.
Let the other people help you.
They will know what to do.
Remember. Life is joy.
Do not worry about anything. Not one thing.
Try reading this poem one last time.
If you cannot talk at all you may have had a stroke.
If you cannot read at all none of this will matter. 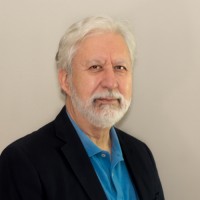