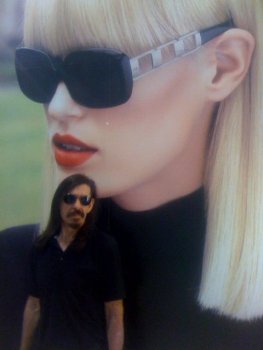 For lack of a better term we have the coined and categorized "experimental" music genre. What is experimental music and where did it come from? The short answer is that experimental music was the earliest form of language. This language has done more than survive. It is alive and well and permeating mankind worldwide. It is broadcast for anyone attuned to the frequencies of natural rhythm through the airwaves on the ever-present unquantifiable dimension. It is unscheduled, untimed, unlimited. The practitioners of this language are warriors battling against the tyranny of the mundane. Dragonflies at dawn.

One of these warriors is Serson Brannen. AKA The Subliminator. Brannen uses his keen knowledge of music history in multiple genres as a tool to further his own musical conversations. A spoken word artist by category, Brannen brings to his performance a six pack of Theremins and loop station. He creates his loops live each time and stores nothing for future shows. His performances are organic, leaving open the window for the raven of spontaneity to come tap, tap, tapping at the shoulder of subconscious between audience and performer. His natural vocal gait is deep and transfixing while at his most vexed, wildly terrifying. 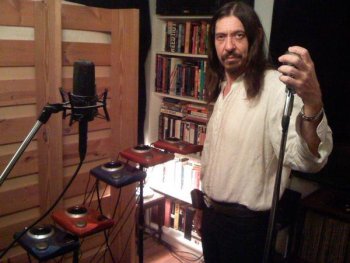 His artistic resume includes a stint in the Atlanta space rock band, Spaceseed, which got it's influence and one-time sax & flute player Nick Turner from space rock pioneers Hawkwind. Brannen has four times been voted Atlanta's best spoken word artist by Creative Loafing Magazine and is currently being considered for another nod. The Subliminator has three albums, Blue, which is out of print, Recalibrated, and Rake. The latter two are available online at www.StickFigureDistro.com and there is a new EP release on the horizon. You can visit www.TheSubliminator.com to listen to more tracks as well as see vids of the Subliminator in action. He is currently on a twelve-date East Coast tour making his way from hometown Atlanta all the way up to the big city in New York. He travels by two-wheeled tour bus. I suggest catching one of these unique performances unless of course you're too busy learning Keith Urban covers. In which case, as Hank III so politely penned, "Hey man, go fuck you." —ES

Check out these four tracks by the Subliminator, totaling more than twenty-seven minutes of awesome audio:

Thanks for the nice words about the Subliminator!