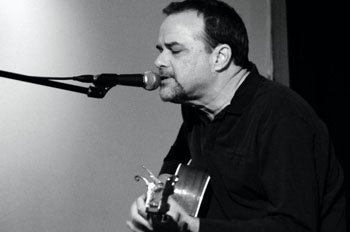 It makes all the sense in the world that Savannah, Georgia artist Bill DeYoung makes his living writing primarily about music. As the Arts and Entertainment editor of Savannah's leading newspaper, Connect Savannah, DeYoung has to cover a number of bases. A quick look through the bulk of his writing will reveal that his passion is rather firmly placed in music. His strongest influences are pretty easy to figure out, and they certainly carry through on his album, Turtle. You could say that some of DeYoung's favorite music is the kind that sneaks up on you, introduces itself to you with a quiet, steady rhythm and a clear, easygoing voice. It's unassuming and best gets to you after the first few moments of the first song. That means you have to stop and pay attention. Much of his work holds onto this concept. Songs like "The Only Star" are wonderful because they do not rise to a violent roar. They are not wild, chaotic rock-and-roll assortments that you can hear from three bars away down the street. They are not brutal noise machines on steroids. You won't get anything like that, but you'll have a hard time finding someone to match his enthusiasm for what he's accomplishing. He succeeds in this with what seems to be a pretty minimal effort.

It's even better when you discover how far that enthusiasm carries. "Crooked River" might be the best example. The song runs through creative, strikingly original lyrics, an impressive sampling of DeYoung's talent as a musician and a pretty good sense of humor, too. You could take that song alone as an idea of what to expect from him.

"Walk Through Time" might be even better though. The choice depends a good deal on what you get out of the words. Lyrically it's the strongest song on the record. Musically it's the simplest and most elegant. This is the one that would work best in a small living room with a few friends and a few decent drinks. Within the song itself DeYoung takes us into scenes and images that prove he is capable of much more than merely emulating his musical heroes. The song and others prove he has the talent to take those influences and create something uniquely his own. 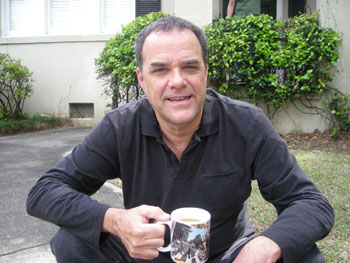 Ultimately, DeYoung is still a journalist by trade. The music is merely one more outlet for his creative energy. That's not to say these songs aren't important, serious work to him. There is no question that Turtle demanded a lot of his time and energy, but his future is not riding on selling a few thousand albums. These songs were crafted because he had a desire to do so. They exist for anybody who wants to be genuinely surprised by music that is simple and yet carries the same punch as something that's supposedly complex. Although he would undoubtedly be thrilled by a larger audience it's not something he's obsessed about. One might suggest that it's this reason alone that makes these three tracks and the rest of the album such a pleasure. In the end, it's likely that he's writing and recording for himself and maybe a couple of other people. Those are the songs that tend to reach the most appreciative audience. Anything that doesn't try too hard can sometimes mean a lot of spare energy for what really matters. People who truly know music know this as common sense. Bill DeYoung knows it better than most. —GR

Bill DeYoung is a native of St. Petersburg, Florida and benefitted from his older siblings' record collections. His brother brought home Meet the Beatles when Bill was 5 years old, and the album was brand new, and thus began an obsession that continues to this day. The singer/songwriter era introduced him to Neil Young and Cat Stevens, and that's when he started to play guitar and to write his own songs. He never cottoned to James Taylor, to his everlasting relief.

Bill DeYoung Says: "I think people write songs because they have to, in the same way that some are compelled to write poetry. It kind of chronicles your feelings at any given time, like putting a time-stamp on them. I've never written anything that didn't mean something to me - well, OK, sometimes I was just messing around with chords (see "Howlin' Wind") and threw some words together. Plus, it's fun to create something. But all of the songs on Turtle (except that one) are pretty specific - broken promises, loneliness, exhilaration and yes, even love. "Crooked River" is about being forced to leave a place you don't want to leave (I got fired from a job I'd had for 20 years). I don't particularly care if they don't connect with other people. I wrote them, and recorded them, for me."

We are proud to present three songs by Bill DeYoung: