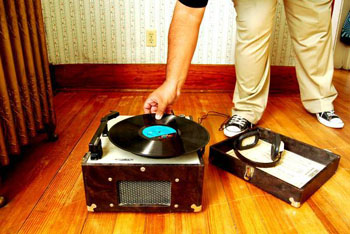 If you start with any song on Quadraphonics start with "Rockets." The whole album is an electrifying, intelligent contribution to hip-hop, and any song is a great introduction, but there's something special about "Rockets." Although it's number eleven on the album, it's quite possibly the most energetic and engaging track on an album filled with similar gems. "Rockets" is catchy and original, and knows where to place its musical hooks to keep your mind punching along to the rhythm.

With Quadraphonics, Zyme One has distinctly and quite nicely found the perfect place between popular music, unconventional lyricals, and sonic wisdom, creating one of the most inventive hip-hop efforts of the year. He never fails to be in complete control of his music, but like any good poet he's having the most fun with the words. The first minute of "Rockets" alone reveals an artist well-versed in wordplay, literary history and culture that extends beyond the limits of his native El Paso, Texas. The rest of the track delves further into these points, offering complex layers and staggering talent. And that's only one song. Virtually every other endeavor on Quadraphonics offers something that not only emphasizes Zyme's many strengths. It also offers something unique unto itself and no other song on the album.

"Sheriff" is one of Zyme's best storytelling offerings. It's also a wonderful mix of that storytelling and how the best artists can disguise some imposing venom under a tune that's easy to drum your fingers to. Aiming at the police isn't anything new. Zyme One makes it easy to forget that. He takes such a sublimely clever dig at the subject matter that the familiar terrain proves itself available for a few more innovative lefts and rights. 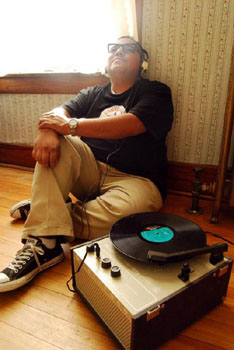 He seems to do that quite a bit, show us just how much room is left in hip-hop for imagination. There are a lot of artists doing that. Some of them are rightly at the top of the mountain. With guys like Zyme One it's simply nice to be reminded of just how much undiscovered good stuff is still out there. In his own way, he maintains the promise for a solid future in hip-hop. His talent moves across a wide variety of approaches. For example, try getting through "Shirts" (with worthy guest appearance by Interstellar Dwellars) without laughing at its blistering comedic timing. And although there are a few selections on the album that are mostly hoping to get a laugh, it's a smart laugh. You'll find none of the pandering, low-brow tricks some of Zyme's contemporaries might employ.

Not one of the guest appearances on Quadraphonics fails to contribute something meaningful to Zyme's vision. There is nothing on this album that is gratuitous or unnecessary. It's easy to imagine that Zyme has been gearing up for something like Quadraphonics for a long time. This is likely his most ambitious shot to date, and he's not going to blow it. Quadraphonics gives us his passions, interests, stories and even his sense of humor. It's an awfully damn thrilling indication of how much more he undoubtedly has in him. —GR

Zyme One is an independent artist from El Paso Texas and 1/7th of a collective called Fuya Radio. He began to write poetry and paint graffiti art around the age of fifteen. After high school he met Dj Metronix and, with his production help, transformed his poetry into songs. Photos are by Bb Macias.

We are proud to present three songs by Zyme One: