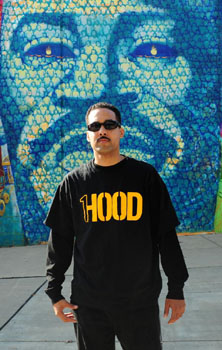 Listen to any one of his songs and it's not surprising that Pittsburgh-based hip hop artist Jasiri X has had so much success with his Net-based news series "This Week with Jasiri X." Give him a few moments between subjects, and it seems possible he could deftly craft a few minutes of hip-hop brilliance on almost any topic of the day. He's just that good.

The three songs we present here at Unlikely show him to be capable of effortlessly creating addictive, viciously-focused background music to move us through the hooks and wild jabs of his writing. He wants us to pay attention to the message above all else. That much is clear, but that doesn't mean we can't have a good time doing that. "Blogs," "OG3 Oscar Grant Tribute" and "Our Defining Moment" all prove Jasiri X's very obvious talent for putting together songs that are both relentless and brutally clever in their lyrical intentions. At the same time, all three songs stand as the kind of thing that can get stuck in your head (in a good way) for the rest of the week. They represent hip-hop's greatest strengths and just how much storytelling potential the genre has always possessed. They also prove that it's possible to combine provocation with a popular sound. It takes a special kind of talent to do that well, but it's never out of reach if the ability is sound.

Self-confidence in hip-hop pretty much goes with the territory. Because of that, it's pretty easy to figure out when an artist is in over his head or has no idea what he's doing. Jasiri X has none of those problems. He is in complete control of his destiny and brings that energy to everything he touches. Every track he releases and every new edition of "This Week" shows us he's one of the most compelling artists currently tearing up the pavement in his particular line of work. It also points us towards his upcoming first album. If what he's shown us so far is in any indication, The Autobiography of Jasiri X should be essential material to anyone who still believes in the work that was started by legends like Chuck D, seemingly twenty or thirty thousand years ago. —GR

This Week With Jasiri X," the groundbreaking Hip-Hop news series, has taken the rap world by storm. Each Episode of "This Week With Jasiri X" features Your Hip-hop News Anchor Jasiri X reporting the national news over the hottest beats. Using lyrical skills, controversial subject matter, and phat beats, Jasiri X shows and proves that real Hip-hop is not in the least bit dead. Chuck D of Public Enemy once boldly declared that "Hip-hop was the CNN of the ghetto," and no artist has better embraced and embodied that concept than Jasiri X.

Jasiri X is an MC, activist and entrepreneur. He recently burst on the national and international Hip-Hop scene with the controversial hit song "Free the Jena 6" which was played on more than 100 radio station across the country and over 500,000 times on the Internet, was named "Hip-hop Political Song of the Year," and won "Single of the Year" at the Pittsburgh Hip-Hop Awards. 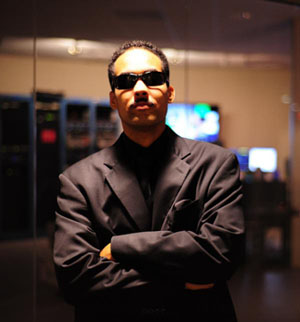 He followed that up with a searing commentary on the Sean Bell murder titled "Enough Is Enough". Featuring two videos produced by two of Hip-Hop most decorated veterans—X-Clan's Paradise the Arkitech and NYOIL—"Enough is Enough" spread like wildfire across the U.S. and lead to Jasiri X's first performance in New York City and a taped appearance on BET's Rap City.

As President of LYRICS Inc.(Leading Young Rappers in Career Success), Jasiri successfully navigates communication with today's youth via speaking (and teaching to adults) the language of Hip Hop and showing the pros and cons of this growing phenomenon. His accomplishments as a MC have added to his credibility and have made him an expert on the genre. He is a member of the Nation of Islam and the Millions More Movement of Southwestern Pennsylvania and a founding member of One HOOD, a group comprised of strong black men determined to heal the wounds of the community with a proactive approach. He is currently finishing work on his first full length CD, The Autobiography of Jasiri X.

Jasiri X says: "Art is an extension of the life that you live.  For me, art is therapy and provides the ability to express myself unhindered, allowing me the forum to share a part of myself, generally reserved, with others.  Art should move culture and thought forward, it should represent progress.  I believe art should be used as a tool to push the conversation and culture forward.  It should be used in a positive manner to uplift and unify our communities. I believe my work exemplifies my belief.

"I would like my art to influence young people to make better decisions in their personal lives and to influence a change in the culture of our community.  If I could swing the pendulum of education towards something that would encourage young people to want to grow old and prosperous; to be educated, intelligent, and make better decisions in their lives, I could die happy knowing that I was instrumental in making this sort of change."

The songs of Jasiri X are not available for download, but instead can be heard right here on the web site. If you don't see a jukebox above, try downloading Flash player.