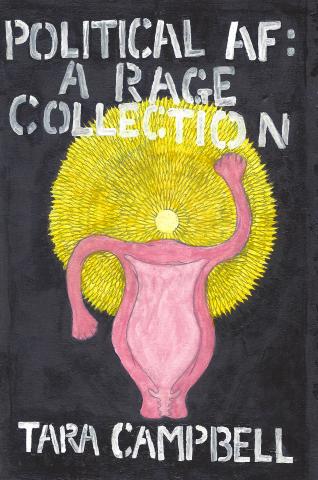 Buy it on Bookshop.org or Amazon.com

Unlikely Books is thrilled to release Political AF: A Rage Collection by Tara Campbell. Political AF: A Rage Collection is a hybrid chapbook of poetry and prose. The collection focuses on topics such as race, corruption, gun violence, police brutality, Confederate monuments, reproductive freedom, and the sexual harassment and abuse of women. While the current POTUS and his league of enablers are addressed in some works the bulk of the collection is, sadly, evergreen. Original cover by Em Spencer. 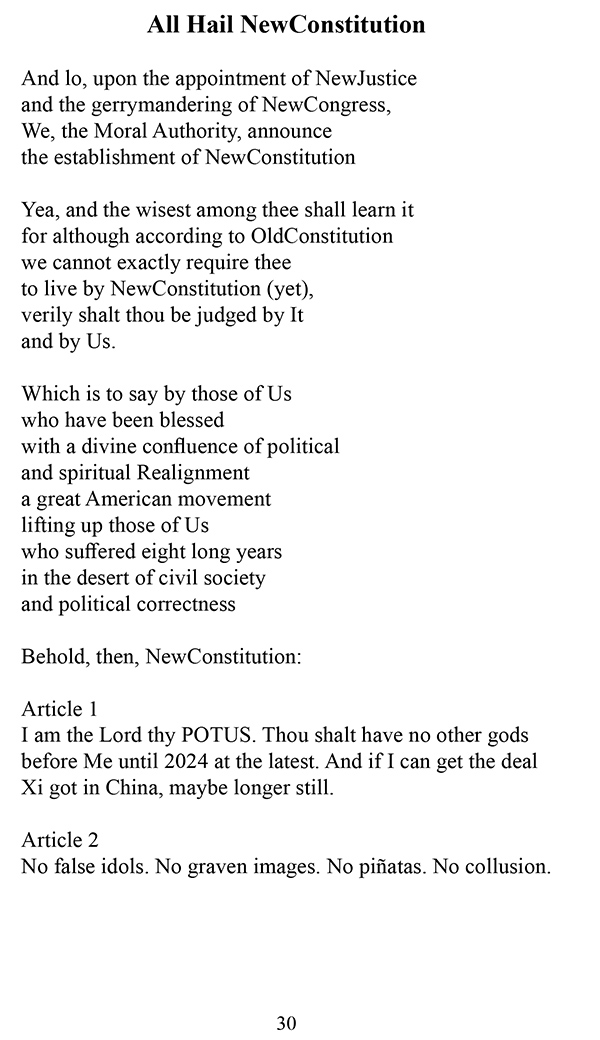 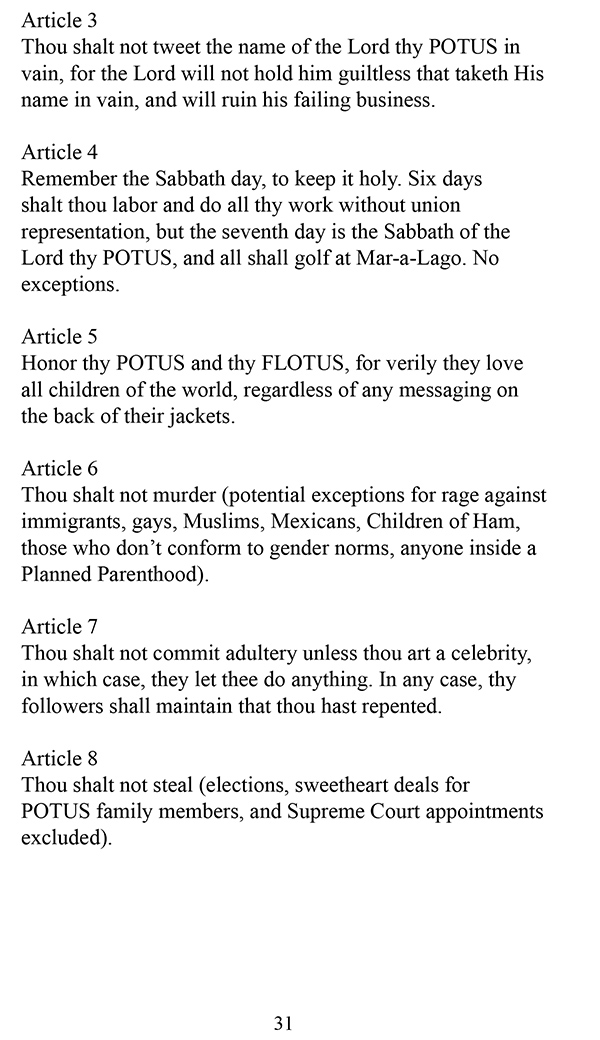 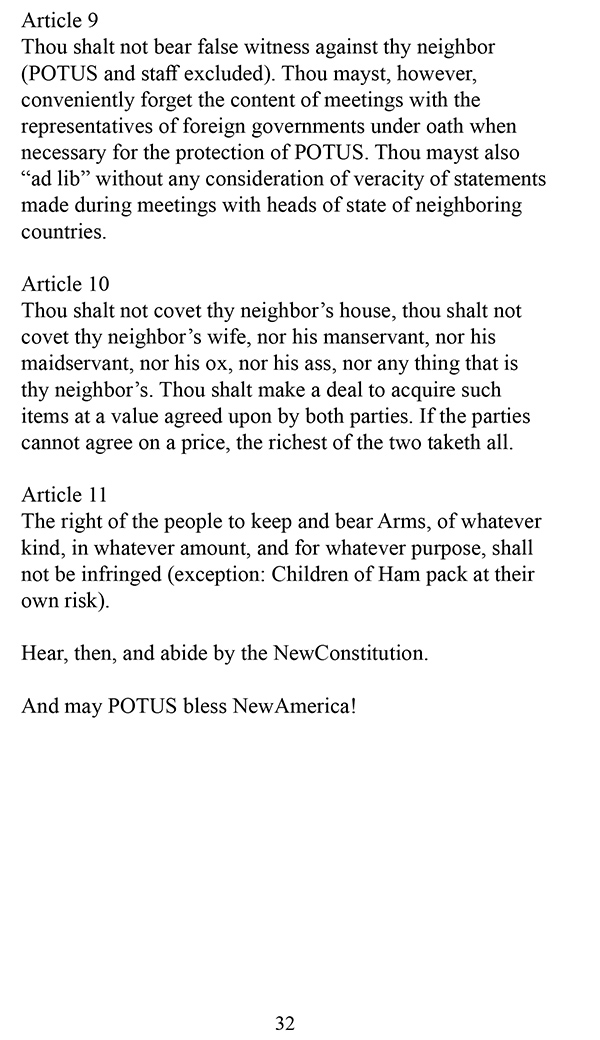 Check out what people are saying about Political AF: A Rage Collection:

Nothing encapsulates the world blowing up quite like the beautiful rages Tara Campbell has assembled here. Things will be better at some point, but while these times try our souls, get Political AF. I give it five of these:

—Rion Amilcar Scott, author of The World Doesn't Require You

I won’t say that Campbell’s is the book you didn’t know you needed, because you do know it. You do need it. It’s the rage, the elastic, ecstatic poetry, the sheer humor and horror of this country wrapped up in a gorgeous and furious collection, and it’s truly the thing you need to read now.
—Amber Sparks, author of And I Do Not Forgive You

Political AF is a painfully funny, dazzlingly agile and utterly necessary collection by one of my favorite writers of political poetry. Here, rage gets a reckoning as Tara Campbell travels the fault lines of our world by way of personal history, headlines and speculative futures. Its hybrid of poetry and fiction trades unforgettable insight on state violence, racism and misogyny, all while laying bare what we risk if we ever dare abandon justice and the rage that can get us there. Campbell’s wry and fearless language keeps our rage burning with purpose and with hope.
—Elle Aviv Newton, Editor-in-Chief, Poets Reading the News

Tara Campbell’s Political AF: A Rage Collection gives voice to her rage in roaring and soft, nuanced and brutal, solemn and wickedly satirical poetry and prose. Her bellicose fury in many of the pieces delivers “jagged” feminist spears to the racist patriarchy with deliciously satisfying aim.

Campbell’s quieter works—reminiscent of Claudia Rankine’s Citizen: An American Lyric—challenge readers to look at themselves through a trick mirror that reveals both the viewer and the viewed. “Cauliflower,” the eponymous, pale vegetable wants to “touch the tighter buds of broccoli’s crown,” but rues the risk of being “stuck that color forever.” Campbell asks the amateur AR-15-rifle maker in “Active 3D printer situation” to “also download the plans for our son” … “just in case.”

She gives equal attention to society’s horrors, the perpetrators and their targets. Yet, amid indignation, vengeful humor, and fear, Campbell insists we find hope, that human magic that turns oppression and abuse into revolutionary social change. And proclaiming one’s rage is a powerful platform for progress.

Tara Campbell’s Political AF pulls zero punches. In fact, reading it feels like watching that video of the neo-nazi getting punched on camera on repeat. If you’ve spent the better part of your life enraged, because of politics or institutional racism or rape culture or structural oppression or just *gestures vaguely everywhere* because of everything happening always—this book is for you. A collection of short prose and gripping poems, Campbell shows up on the page the way I think many of us wish we could show up in life.

These pieces resonate with the activist, but mostly they call attention to the rhetoric used in news cycles and Twitter rants. I found myself gripping the pages too tightly, holding my breath, and eventually sobbing. Words have power—Campbell proves this.

Even in the short story, “The Scent of Lions,” Campbell’s imagined not-so-distant future in which life is even less safe for the bodies of women, I saw glimpses of Margaret Atwood’s The Handmaid’s Tale and Octavia Butler’s “Bloodchild.” I was often unprepared for Campbell’s unapologetic language, a voice I heard loud and clear across every piece.

—Monica Prince, author of How to Exterminate the Black Woman: A Choreopoem and Instructions for Temporary Survival

How does an author write in an era of atrocities? If you’re Tara Campbell, you attack them head-on. These short pieces explode with virtuous rage and expand the language of raging. Campbell creates the vernacular we need to express ourselves as pissed off in these broken times. Hers are words with which to fight back.
—Zach Powers, author of First Cosmic Velocity

Buy it on Bookshop.org or Amazon.com