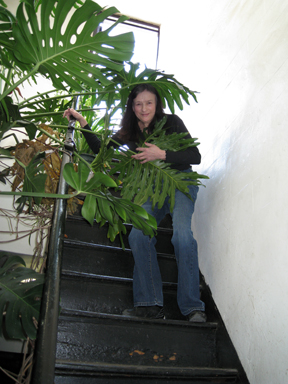 Anne Lombardo Ardolino (Oct. 1944 - Sept. 2014) lived in the East Village area of New York City.  She became addicted to narcotics at age fourteen, and left home to sell magazine subscriptions when she was sixteen.  Later she was a folk singer, singing for donations in little coffee houses throughout Greenwich Village and working as a hooker to support her addiction to heroin, cocaine, and speed.  Anne quit using narcotics in her forties, and was clean for thirty years.  An animal advocate, she worked in a pigeon rescue group.  Anne painted and wrote, and was the editor of eastvillagepoetry.com.