Part I: Against All They’d Been Taught

Captain Mike strode the rows, crowing, “You are not here to complain, correct, or critique.”

Todd, tugging at his starchy conscript duds, felt exactly like a prisoner from medieval times.

“The purpose of this program is to LISTEN.” Captain Mike stopped in front of a recruit to tweak his earlobe. “Absorb. Reflect. Understand where your privileged perspective comes up short.”

The recruit, a skinny, sallow-faced man, drew fingers into his palms.

“But—and this goes against everything you’ve been taught as Americans—you need to keep your darn mouth shut!”

Captain Mike turned, scanning the room for the guilty party. Fortunately, Todd had not yet begun to nod.

During the Country Overview that afternoon, Captain Bill asked, “Could somebody please show us where we’re at?”

The first volunteer pointed hesitatingly at the map.

In the evening, recruits were forced to watch a long video in which these people talked about people they knew who’d been murdered by their own government. By rebel factions. Even neighbors. They had to listen about food shortages, diseases, infant mortality rates. Afterward, Greg said he thought it all was a bit much.

Captain Mike sighed. “Are you trying to make trouble?”

During Week Two’s Study Hall, Todd tried to draft his reflection. He wrote, “These people are . . .” Frustrated, he looked up, meeting Nicole’s starry eyes. She winked and angled her screen, which read “WE’RE #1! The End.”

Up front, Captain Bill wrote “Facts matter” on the board. Todd nodded at Nicole, whose smile did not lie. 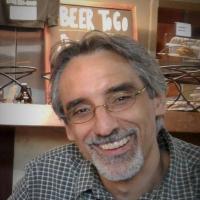